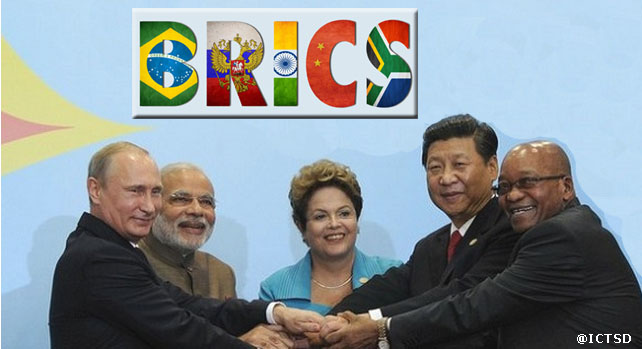 Brazil, Russia, India, China, and South Africa (BRICS) formally launched a joint international development bank during the Sixth BRICS Summit in Fortaleza, Brazil on 15 July 2014. According to the Fortaleza Declaration, the BRICS New Development Bank (NDB) will mobilize resources for infrastructure and sustainability projects in BRICS, and other emerging and developing countries.

The leaders also signed off on the Contingent Reserve Arrangement, a reserve fund to help BRICS members with actual or potential balance of payment problems. Other agreements include objectives, functions, size of capital subscription, distribution among member countries, governance structure, and operational mechanisms.

The NDB will have an initial authorized capital of $100 billion. BRICS countries will underwrite $50 billion, with each country putting in equal contributions of $10 billion. India will occupy the first rotating presidency, Brazil will chair NDB’s first Board of Directors, and Russia will chair the Board of Governors. The headquarters will be located in Shanghai while the NDB Africa Regional Center will be established in South Africa.

The next step in the operational process is the delegation of BRICS finance ministers to work on modalities. Other countries, multilateral institutions, and investment banks could eventually become shareholders, with participation subject to final approval by BRICS.

This new bank emerged partly from a desire to move away from dependence on Bretton Woods institutions such as the International Monetary Fund and the World Bank, although BRICS leaders state the NDB will serve as a supplement to existing multilateral institutions. Given unmet needs of developing and emerging economies such as lending to SMEs and financing innovation and innovative firms, BRICS bank might expand its scope to lending via commercial or development banks to SMEs. It will lend to both BRICS countries and non-BRICS developing countries, complement the existing network of multilateral development banks, and provide technical and financial support to national development banks that have a large extent of local knowledge. This shows BRICS commitment to raise economic cooperation and advance financial and development infrastructure in developing and emerging countries.