As the principal seaport of Bangladesh, handling about 92% of its import-export trade, Chittagong Port has an important role in the transport sector of the national economy. This technical assistance will prepare a master plan to improve port...

This project preparatory technical assistance provides additional studies for processing the Investment Program, updates design by Bangladesh Railway, and supports the procurement phase of the project. The project could help create a logistics chain...

This technical assistance recommended physical improvements in the Chittagong Port Authority (CPA) area to facilitate container clearance processes, as well as measures to improve CPA’s capabilities in environmental management. It also aimed to...

Bangladesh is a founding member of the SASEC Program, joining with Bhutan, India, and Nepal in 2001 to form this project-based partnership. Maldives and Sri Lanka became full members of SASEC in May 2014, following several years as active observers.

The Seventh Five Year Plan FY2016-F2020 of the Government of Bangladesh begins with the country's entry into the ranks of middle income countries. Placing emphasis on accelerating growth and empowering citizens, core targets of the Seventh Plan include reduction of extreme poverty, improvement of exports, investment in infrastructure in peri-urban growth centers around Special Economic Zones, increasing installed electricity generation capacity, and improvement of the country's multimodal transport network. Regional cooperation will be pursued to harness hydropower, to contribute to the goal of providing reliable electricity to all. To achieve the target growth of 8% by 2020, the transport sector aims to fast-track a number of transformational infrastructure investments, promote regional connectivity, and support the Trans-Asian Highway Project.

Since 2005, the Government of Bangladesh has signed 15 ADB-financed SASEC investment projects worth around $4.32 billion. 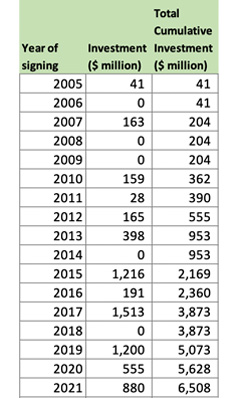 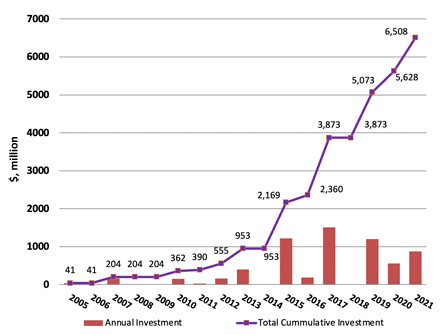 In addition to the projects, ADB-financed technical assistance has supported SASEC investment projects in Bangladesh, regional cooperation forums, and knowledge-sharing initiatives, and pilot projects since 2001. A total of 11 national technical assistance projects (cumulative worth of around $10.34 million) have assisted Bangladesh in project preparation, strategic planning, and capacity building.

The value of Bangladesh's merchandise exports and imports trade with other SASEC member countries, using International Monetary Fund data from 2017, is captured in the tables below.

Bangladesh's top export destination in South Asia, and its 15th worldwide, is India, with exports valued at $558 million. 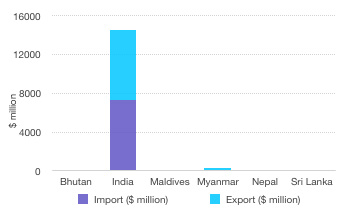 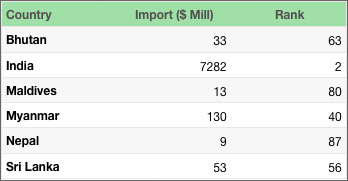 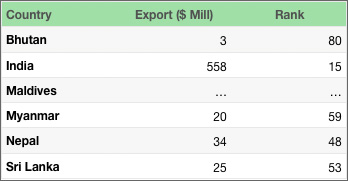 Bangladesh moved to 176 among 190 countries in the Doing Business Report, up a notch from the previous year. The country continues to invest in its electricity grid over the past year and has been increasing the network capacity in Chattogram and Dhaka since 2015.

Note: The World Bank/International Finance Corporation's annual flagship Doing Business Report measures the ease of doing business by ranking economies from 1 to 190, based on quantitative indicator sets that can be compared across economies and over time, with first place being the best and indicating a regulatory environment is conducive to business operation. Of immediate relevance to SASEC aims and goals are indicator sets on Starting a Business, and Trading across Borders. 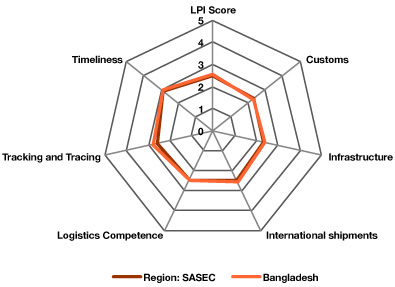 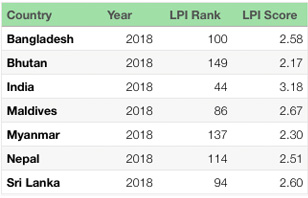 
Note: The LPI overall score reflects perceptions of a country's logistics based on six core dimensions: (i) efficiency of customs clearance process, (ii) quality of trade- and transport-related infrastructure, (iii) ease of arranging competitively priced shipments, (iv) quality of logistics services, (v) ability to track and trace consignments, and (vi) frequency with which shipments reach the consignee within the scheduled time. The scores for the six areas are averaged across all respondents and aggregated to a single score using principal components analysis. A higher score indicates better performance.

The Bangladesh economy grew in fiscal year (FY) 2019 amid expansion in industry. Inflation moderated, supported by favorable performance in agriculture. Growth of imports slowed while exports and remittances grew. In spite of a slowdown in global growth and trade, Bangladesh’s GDP is projected to accelerate in FY2020, while inflations is expected to be slightly higher at 5.8%.

The economic outlook in Bangladesh is favorable. Growth in has been led by private consumption and investment. Output growth accelerated to 8.0% in FY2018 and remains strong in FY2019. Inflation has stayed within 5%–6% and has been relatively stable. Maintaining positive growth will become more challenging and will require further increasing investment and updating institutions and policymaking practices.

Integrated Check-Posts on the India-Bangladesh Border: a Field Survey and Brief Analysis