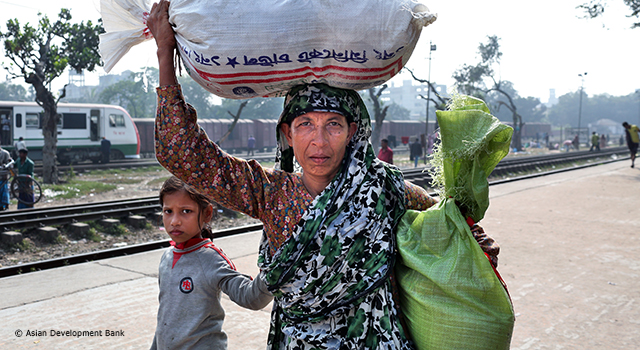 As one of the Asian Development Bank's (ADB) core development agenda, RCI is key to helping achieve ADB's vision of an Asia and Pacific free of poverty by offering a “win-win” outcome for the region’s economies – supplementing individual programs at the country level and covering more countries under a broader scope.

A commentary on regional integration in South Asia by Mr. Chandrajit Banerjee, Director General of the Confederation of Indian Industry, is shared below:

The South Asian region has immense potential to be the frontrunner of growth and prosperity in the 21st century. South Asia has positioned itself as a strong consumer market base with a quarter of the world’s middle-class consumers residing there. With consistent GDP growth rates, of 5–6%, over the past couple of decades, it is one of the fastest growing regions of the world. It has the largest working-age population, the right culture to foster entrepreneurship and a dynamic industry sector while regional association member nations enjoy geographical proximity. Countries share common geological history, climate, cultures and political system. More importantly, South Asia has the right combination of resources to boost agriculture, industry and investment.

The eight countries that constitute South Asia are Afghanistan, Bangladesh, Bhutan, India, Maldives, Nepal, Pakistan and Sri Lanka. The nominal GDP of these countries is now $2.57 trillion while the GDP, in purchasing power parity (PPP) terms, has touched a whopping $9.05 trillion in 2014, according to the International Monetary Fund (IMF). It covers 10% of the Asian continent or 2.4% of the world’s land surface area. According to Asian Development Bank (ADB), total population of the region is 1.65 billion in 2013 which accounts for about 34% of Asian population or over 16.5% of the world population.

The region also faces some of the world’s worst challenges—poverty, unemployment and illiteracy. It has the lowest school enrolment ratios in the world. Access to healthcare is abysmally low. It is at the bottom of the pyramid in terms of trade, investment, finance, standards of living, and other economic and human development parameters. It also has 40% of the world’s poor.

One way in which the region can address these challenges is through the process of regional integration. However, South Asia remains as one of the least-integrated regions of the world. It accounts for just 2% of world trade and 1.7% of world foreign direct investment. Its intraregional trade is less than 6% of its total trade and accounts for less than 2% of GDP, compared to more than 20% for East Asia. Intra-SAARC FDI accounted for only 3% of total FDI inflows.

This is despite the fact that the South Asian Free Trade Agreement (SAFTA) has been in effect for some time now.

Part of the problem may stem from the fact that the tariff reductions undertaken within SAFTA have not been very deep and the items that were offered concessions were not of trade interest of member countries.The time is now ripe to unleash the potential of this region. There is need to promote regional integration by creating Regional Value Chains (RVCs) in order to boost the region’s share in global trade, investment and economic growth.

The North American Free Trade Agreement (NAFTA) and the Association of Southeast Asian Nations (ASEAN) are successful examples of how regional integration can bring collective gains. Size asymmetry among NAFTA economies was nicely complimented. A mature-capital and technology-dominated US was able to collaborate with a labour-intensive economy like Mexico as well as leverage Canada’s mature agriculture and services sector. ASEAN countries developed a cooperative model supported by RVCs to carry out different production stages in different economies based on cost and market advantages.

It is a well-established fact that countries individually cannot overcome these formidable challenges. Integration through increased trade and investment within the region and with the outside world will provide South Asian economies access to new markets, as well as exchange high-tech and low-cost goods, capital and investment, ideas, and technology to improve productivity.

This can be achieved by adopting the right mix of internal and cross-border economic policy reforms, physical regional connectivity and a range of other measures. By putting the right policies in place and by creating these value chains, South Asia can make a measurable dent in poverty and promote development in the region.

There are some examples of how integration can help. Through its FTA with Sri Lanka, India has increased its investments in the island and bilateral as well as intra-industry trade has also substantially gone up. India is one of the largest trading as well as investment partners of Sri Lanka today.

Another example is the case of Bangladesh. Bangladesh sources cotton spinning and other raw materials from countries of the region, including India, and adds value to these for exporting to other regions. Textile exports from Bangladesh have crossed $3 billion today and support millions of jobs in the country.

There is a need to replicate such examples of regional integration so as to fuel growth in the South Asian region. The South Asia Economic Conclave aims to identify the crucial missing links in regional value chains and how to meet the gaps in order to revitalise trade and investment flows.