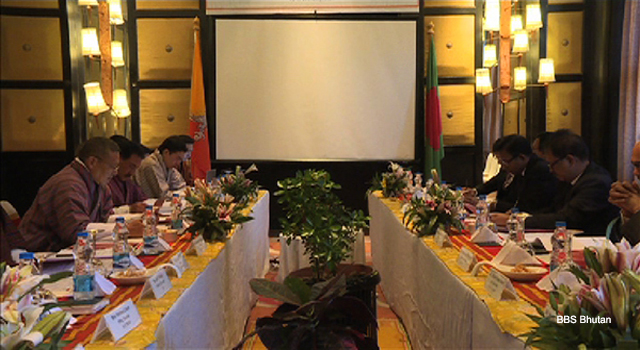 The meeting exchanged ideas and explored new areas of cooperation for the promotion of trade and commerce. Outcomes included

Mr. Islam underlined the need to establish infrastructure to facilitate trade and communication and enforce mutual recognition of standards. He said that both countries must identify ways to further bilateral trade, and noted that lack of knowledge in the private sector of the two countries could be a reason for the relatively small and limited bilateral trade volume.

Mr. Wangdi emphasized the importance of Bhutan’s trade with Bangladesh, and similarly expressed the need for both countries to work closely to boost trade. He commended Bangladesh on its economic transformation, which Bhutan also stands to gain from.