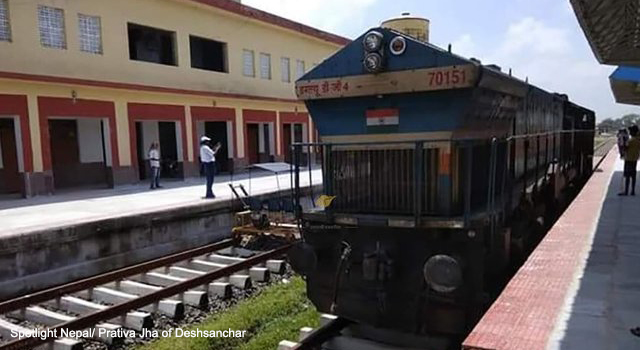 The broad-gauge railway line on the new Indo-Nepal railway route running from Janakpur to Kurtha has been laid down, according to Mr. Aman Chitrakar, Senior Engineer, Department of Railways, Government of Nepal. The Government of India supported construction of the 35 kilometer long railway route.

The final stage of development, which includes building of railway stations, terminal buildings, bridges and culverts, is approaching completion. Mr. Bindo Kumar Ojha, Chief Engineer, Railway and Metro Development Project, Government of India, commended the 'good speed' with which the work is proceeding.

A test run along the Jayanagar-Janakpur (Nepal) railway line was commissioned in October 2018, using a freight train carrying 5,500 tons of ballast. The test run went smoothly.

The second and third phases of this project will expand linkages in Nepal, constructing a further 17-km stretch from Kurtha to Bhangaha in Nepal, with target date of completion set in April 2019, and another 17-km railway track from Bhangaha to Bardibas.