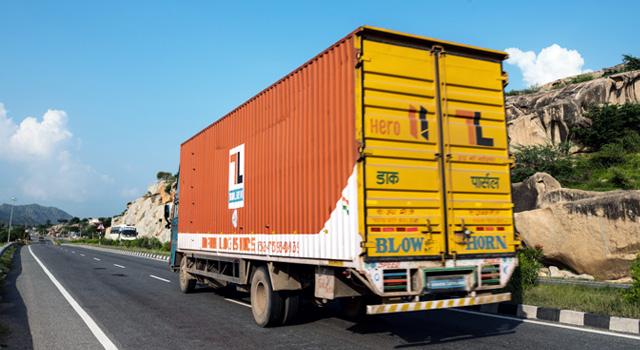 Technology has a vital role to play in facilitating trade. It not only enhances efficiency, but helps set the appropriate balance between facilitation and enforcement by border agencies.

One technological approach that has significant potential in this respect is the electronic cargo tracking system (ECTS). This uses information and communication technology, satellite positioning systems, and high security seals to allow customs authorities and other entities in the logistics chain to continuously monitor the movement of vehicles and cargo during transport from origin to destination.

ADB has been promoting the application of ECTS as part of its support for the South Asia Subregional Economic Cooperation (SASEC) program, which brings together Bangladesh, Bhutan, India, Maldives, Myanmar, Nepal, and Sri Lanka in a project-based partnership to promote regional prosperity. SASEC aims to improve cross-border connectivity, facilitate faster and less costly trade among participating countries, and strengthen regional economic cooperation.

A pilot of ECTS in India and Nepal, supported by ADB, is already yielding lessons for the subregion. It has successfully demonstrated that using technology to eliminate manual processes and physical documents has a significant impact in boosting efficiency of transit. It has also shown the need to rethink business processes to eliminate redundancy before bringing in automation, and to minimize—if not fully remove—intermediaries.

Within SASEC, Nepal has been deploying ECTS to facilitate transit cargo. At present, the passage of Nepal’s traffic-in-transit through India is governed by a Treaty of Transit. This requires the filing of six copies of the Customs Transit Declaration by the Nepalese trader, with another five supporting documents, scrutiny by Indian Customs, submission of legal undertaking and insurance, affixing of a One-Time Seal (OTL), before release of cargo from the port.

At the border Land Customs Station, the OTL is checked to confirm a secure transit of cargo, before allowing its onward passage to Nepal. The undertaking/insurance is released on receipt of a similar confirmation from the Nepal Customs. The transit system is based on manual processes, with excessive documentation, delays, and no shipment visibility.

Moreover, the reliability of OTLs, which do not conform to any international standards, is low, impinging on cargo and revenue security. Under these processes, Nepal traders also have to rely excessively on intermediaries in India.

Under the ECTS, the shipping line, in collaboration with the overland transporter in India, would conduct the transit formalities in India and deliver the goods to Nepal at its border in Birgunj. The Nepal trader will not be required to undertake any formalities in India. The insurance requirement for the Nepalese traders will also be waived. The ECTS pilot in India and Nepal began in August 2018 for transit cargo from Vishakapatnam port in India. The new streamlined systems are already providing greater convenience and visibility during the trade, minimizes the role of intermediaries, and is easier to monitor for the authorities.

Leveraging this, procedures have been simplified, documentary requirements eased, and business processes re-engineered and automated. A complete transparent system was designed with no role for intermediaries or hidden charges.

ADB arranged consultations between the various parties involved, and helped select a service provider to deploy the ECTS seals and the associated web application. The preliminary results have indicated the following savings:

India and Nepal will use the experience gained in this pilot to fully deploy the ECTS, subject to mutual consent and suitable amendments to the Treaty of Transit.

Elsewhere in SASEC, ECTS has also been deployed for the transit of Bangladesh cargo through Indian gateways for export to global destinations. The SASEC Vision document launched in 2017 aims at generating synergies between natural resources, industrial potential, and connectivity in the region, through regional cooperation. This recent initiative of Bangladesh and India is a realization of one of the synergies emerging from the SASEC Vision—providing access to regional and global markets through the development of subregional gateways and hubs to expand the region’s trade and commerce.

One improvement that ECTS can support is off-border clearances.

In SASEC, there are numerous border crossing points, often with inadequate infrastructure and poor connectivity. Resource and staff constraints hinder the development of facilities, including testing and conformance assessment, adversely impacting trade. Off-border clearances help reduce such constraints. With the regulatory processes involved conducted at inland facilities (such as dry ports), the border points would act as mere gateways. Indian customs therefore has been heavily promoting off-border clearances, particularly for its exports to Nepal and Bangladesh.

Under this system, the export cargo is cleared through customs at an inland location, loaded on to a cargo vehicle, and secured using an ECTS seal. On arrival at the border, the seal and the ECTS report is checked. If no deviations are found, the seal is removed by customs and the cargo is allowed to cross the border. Using the ECTS, customs would be able to monitor the position, movement, and speed of the cargo vehicle as well as the integrity of the seal. The ECTS data provide "time stamps" to measure the cargo evacuation times. Traders are also allowed to monitor the movement of their cargo/vehicle.