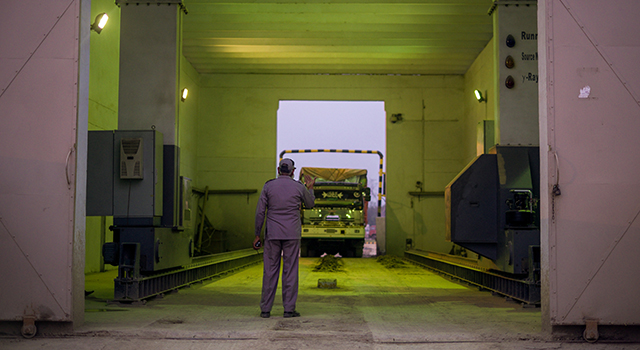 The author highlights how fast-paced infrastructure development could help unlock competencies of India’s northeast region. With the Government of India's focus on promoting the northeastern region as a key trade gateway, projects such as the 1,400 kilometer India-Myanmar-Thailand highway and the SASEC Road Connectivity project, promises to boost the country's trade and commerce, and enhance India’s logistics capabilities. The author puts forward that taking on a multi-modal logistics connectivity model in the northeastern region will bring economic growth and development, and bring paradigm shifts in the region's supply chain dynamics.

Abundant with lush natural resources, the country's northeastern region has the potential to form a key corollary of the India growth story. Proximity to two fast-growing economic regions - East Asia and Southeast Asia has endowed the region a distinct economic and geopolitical advantage. Yet, with a contribution of three per cent to the country's GDP, the revenue generating capacities of the region have largely been grossly under-leveraged.

A thrust on fast-paced infrastructure development is the key to uncorking the competencies of the region whose progress and development has largely been impeded by landlocked demographics, underdeveloped freight transportation routes and lack of connectivity to the mainland. With a view to strengthening the logistics and trade infrastructure and creating a vibrant multi-modal transport sector in the region, the government has initiated phased development strategies and specific sectorial policy interventions along with infrastructure development. Indian supply chain companies are fast spreading their operational footprint in the northeastern region to leverage the potential of the region as a growing logistics destination. A rise in cargo movement from the hinterlands and Southeast Asia through the Kolkata port has consolidated its position as a key trade gateway to the northeastern region . Companies are setting up distribution centers to cater to the consumption in the northeastern region.

With a focus on promoting the northeastern region of the country as a key trade gateway between India and its Asian neighbors and improve trade linkages with them, the Modi government initiated the "Act East" policy which has placed a prime onus on key infrastructure projects. India, Myanmar and Thailand have collaborated to construct a 1,400 km highway that will provide crucial connectivity to India with Southeast Asian economies and provide a huge boost to trade and commerce initiatives.

Attempting to provide a multimodal dimension to wider connectivity initiatives in the region, India has fast-paced the implementation of the South Asian Sub-Regional Economic Regional Economic Cooperation (SASEC) road connectivity project. In order to boost the efficacies of the road networking initiative, the Cabinet Committee on Economic Affairs (CCEA) has approved the upgradation and widening of a 65-km road between Imphal in Manipur and Moreh in Myanmar. Envisaged as a critical part of the Great Asian Highway, the project has been touted to provide crucial trade links between India and countries in East Asia. Development of key port assets in Myanmar will provide much needed maritime access to the North Eastern region of India which remains landlocked and unleash its economic vibrancies.

Establishment of a multi-modal logistics connectivity model in the northeastern region with an emphasis on improved trade relations with emerging trade economies like Myanmar and Bangladesh can bolster the economic growth and development of the region. A well-developed and interconnected road network is imperative to enhancing the logistics capabilities of the northeastern region which is characterized by an uneven and hilly terrain. The rolling out of the "Special Accelerated Road Development Programme in North East (SARDP-NE)", a key initiative of the government's flagship Bharatmala program can go a long way in providing crucial connectivity to far-flung regions in the northeastern region of the country with state capitals and key national regions, generating consumer demand and creating target markets, requiring the expertise of specialized logistics products and services. Easy working capital will need to be provided to strengthen the rail connectivity between states of the northeastern region and other regions of the country along with consolidating air linkages with the rest of the country.

The thrust by India towards implementing a transnational multimodal connectivity framework in the northeastern region will bring about paradigm changes in supply chain dynamics in the region. It is pertinent to note here that in order to bring about integrated economic development of the region and leveraging its economic potential, focus will need to be placed on improving the efficacies of priority sectors like power, communication and transport. Given historic trade links shared by India with countries in East Asia and Southeast Asia, there is a greater need for India to improve the quality and deepen the level of economic engagement with countries in the neighborhood through repeated diplomatic parleys and commercial initiatives. The government also needs to expedite investment in strengthening the technological backbone of its logistics infrastructure in the region with focus on indigenizing advanced technologies like robotics, artificial intelligence and blockchain. The move to build Multi-Modal Logistics Parks (MMLPs) in the northeastern region will help in creating major logistics gateways connecting the northeastern region with other parts of the country and help in elevating the growth trajectory of the region, also providing crucial trade channels with other countries in East Asia.

The northeastern region possesses tremendous economic growth potential and it is high time we leveraged that potential to position India as a regional and global logistics power.