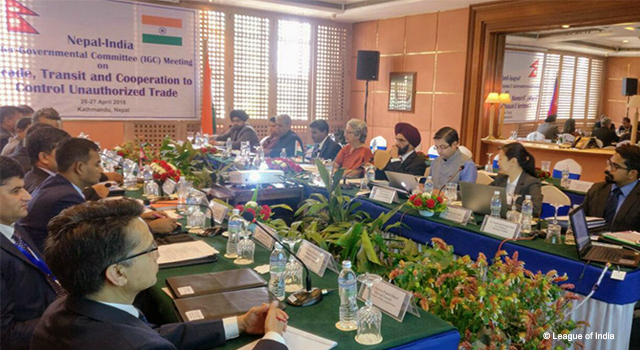 The Governments of India and Nepal held an India-Nepal Inter-Governmental Committee (IGC) Meeting on Trade, Transit, and Cooperation to Control Unauthorised Trade on 26-27 April 2018 in Kathmandu, Nepal. This Meeting was led by the Commerce Secretaries of the two Governments--Ms. Rita Teaotia, Commerce Secretary, Government of India, and Mr. Chandra Kumar Ghimire, Commerce Secretary, Government of Nepal. India-Nepal trade, transit, and economic relations were discussed extensively to reduce the widening trade gap. The Meeting concluded with several landmark decisions to further improve bilateral trade and investment ties.

The meeting was preceded by a meeting of Inter-Governmental Sub-Committee on Trade, Transit and Cooperation to Control Unauthorised Trade at the Joint Secretary level which was held on 24-25 April 2018 in Kathmandu.