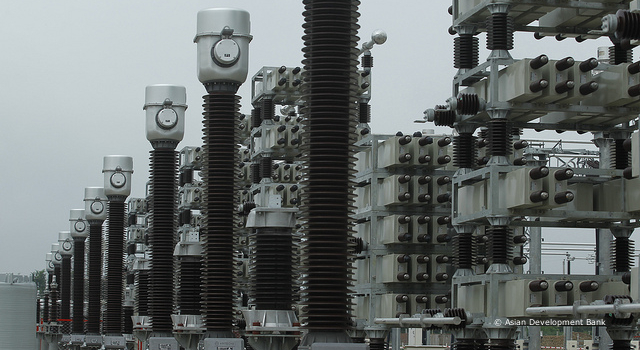 As Bangladesh's economy expands, its demand for energy also increases. The Bangladesh National Conservation Strategy projects that by 2030, the country's electricity demand will reach around 34,000 megawatts. In this commentary, Mr. Promod Rijal, senior economist at the Institute for Integrated Development Studies in Nepal, explains how transboundary energy trade between Bangladesh and Nepal through India will help Bangladesh meet its energy needs. He also explores how closer cooperation between Bangladesh, India, and Nepal can unlock opportunities for the region.

This article originally appeared in the Himalayan Times and on the Daily Observer.

Bangladesh is growing at an average rate of six per cent for the last decade with relatively stable political environment. New industries and international business ventures have contributed to healthy manufacturing sector, establishing thousands of industries across different parts of the country. These industries employ hundreds of thousands skilled, semi-skilled as well as unskilled labour, who have together formed a backbone of an emerging economy. Naturally, Bangladesh's economic hunger has led to a sharp increase in its energy consumption and the demand for electricity is growing faster than any time in the nation's history. A study called Bangladesh National Conservation Strategy suggests, by 2030 the electricity demand in the country will be around 34,000 MW.

Currently, Bangladesh generates over 15,379 MW of electricity; mainly through gas fired thermal power plants, which will gradually decrease after 2018. Therefore, Bangladesh government formulated Power System Master Plan that has given sufficient attention on importing renewable energy from neighbouring countries as it is not possible to produce clean energy on large scale due to lack of appropriate land. There is still a shortage of around 10,000 MW, which could double over the next decade as the industrial structure changes from labour to energy intensive and it is hoping to become a member of High Income Countries by 2041.

In order to fulfil its energy demand, it imports 600 MW of electricity from India and has signed a Power Purchase Agreement with India to import additional 60 MW from Tripura state. Similarly, a joint venture company of India and Bangladesh is developing 1,320 MW thermal power station in Bangladesh. There is already a plan to build an oil and gas pipeline between India and Bangladesh that will boost mutual cooperation between these countries, and another ambitious plan to lay 6,900-km of pipeline that will bring in Myanmar's natural gas to both the countries. The projects promise to bring the two South Asian economies closer, by fostering mutual interde-pendence. This is good news for Nepal, which is looking to expand its energy market in South Asia.

Despite Bangladesh's aggressive pursuit for economic growth, the government in Dhaka is also under pressure to reduce its dependence on fossil fuel to increase contribution of renewable energy sources for both long-term energy security and environmental sustainability. The rate at which the economy of Bangladesh is growing, and the importance being put on clean source of energy, will eventually prompt Dhaka to look towards Nepal and Bhutan to fulfil its clean energy deficit. This will not only fulfil Bangladesh's energy demand but also protect it from vulnerability due to climate change due to greenhouse gas emission.

Ministry of Power, Energy and Mineral Resources of Bangladesh has already shown interest in importing electricity from Nepal by sending an official letter to Ministry of Energy in Kathmandu, for signing a mutual Power Trade Agreement (PTA).

Bangladesh has proposed to invest USD 1 billion in Nepal's hydropower sector to import thus produced electricity for its own consumption. The Nepali side has welcomed this proposal as the existing hydropower generation potential in the country is much more than Nepal's consumption capacity and will need an international market. But that alone is not sufficient. A successful transboundary energy trade requires convergence of energy policies among neighbouring countries.

This means, Nepal needs to engage closely with India for facilitating trans-boundary energy transmission infrastructure and help develop necessary infrastructure for the connectivity As Nepal and Bangladesh do not share common border with each other, they need to use transmission system of India to trade electricity with each other by paying wheeling charges. During Bangladesh's Prime Minister Sheikh Hasina's visit to India in April 2017, India has shared its commitment to play facilitative role in transferring electricity from Nepal to power hungry Bangladesh, though there is no written document. New Delhi's position is in consistence to Framework Agreement for Energy Cooperation signed by SAARC member countries during Kathmandu Summit in 2014.

The framework agreement provides non-discriminatory transmission access for cross-border electricity trading. Bangladesh is already keen to import electricity which will be generated from the under construction Upper Karnali Hydroelectric Project (900 MW) which is being developed by India's GMR company. Both, Bangladesh and Nepal are establishing power trading organisations in their respective countries to facilitate energy trade in the near future.

After the convergence of economic policies of Bangladesh, Nepal and India, a lot of positive initiatives have been taken in the field of energy cooperation, transportation, communication and other sectors to integrate the sub-region for mutual benefits. The growing economic interdependence between India and Bangladesh could act as a fulcrum in this region, possibly entire SAARC region, bringing prosperity and peace to people living in this block by harnessing human and natural resources.

With closer cooperation, Nepal, Bangladesh and India can unleash unexplored avenues of economic integration through greater connectivity via highways, waterways and railways. This sort of integration not only increases interdependences, it also helps to foster mutual trust that guarantees peace and development. In the long-term, the cooperation among these countries has the potential to lift a large section of population from poverty, setting the sub-region into higher growth trajectory.