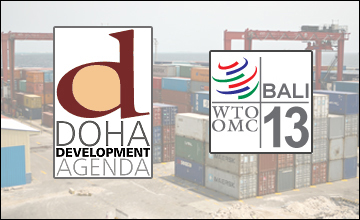 Emphasizing the two countries’ contribution to the successful Bali negotiations, he thanked Nepal for its role as coordinator of least developed countries (LDCs). Recognizing the Bali Package as a milestone for LDCs, Azevêdo impressed upon authorities and businesspeople in Nepal the relevance of the multilateral trading system to their country and sought support in the implementation of the Bali Package, including the Agreement on Trade Facilitation.

At a speech delivered to textile manufacturers and exporters in Bangladesh, he stated that ‘Bangladesh’s substantive input and continued active engagement can help the LDC Group realize the full potential from the Bali Package and the Doha Development Agenda.’ Highlighting how trade facilitation will boost the global economy, Azevêdo underscored the huge benefits streamlining customs procedures will lend to developing countries and LDCs. Moreover, he noted that the implementation of the Agreement on Trade Facilitation will be determined by the countries concerned, through national capacity building support from WTO and its partners.

The South Asia Subregional Economic Cooperation (SASEC) partnership supports trade facilitation reform efforts in the two countries, as well as in Bhutan, through the Asian Development Bank (ADB)-financed $48 million SASEC Trade Facilitation Program. $1.5 million technical assistance for Trade Facilitation in Nepal under the Japan Fund for Poverty Reduction was also launched in May 2014. ADB is also assisting the three countries implement $6 million in national and regional technical assistance projects from the Japan Fund for Poverty Reduction, with particular focus on capacity-building activities in trade facilitation.