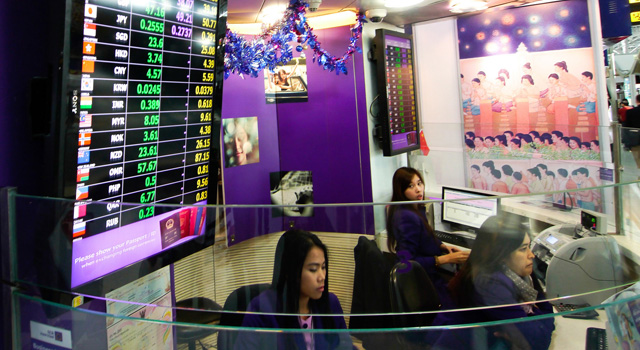 Deep integration is needed to generate economic growth in South Asia. By integrating trade in goods and services and transport facilities, South Asian countries will be able to better participate in global trade.

This commentary by Dr. Selim Raihan, Professor of Economics at the University of Dhaka, Bangladesh, and Executive Director for the South Asian Network on Economic Modeling, first appeared on The Daily Star.

The concept of South Asia as a region is largely inherited from the British colonial legacy with some exceptions. The year of 1947 and subsequently the year of 1971 saw the breaking down of the common integrated landmass of the Indian subcontinent into several pieces. The initiative for an integrated South Asia only started in the early 1980s with the formation of the South Asian Association for Regional Cooperation (SAARC) in 1985. Since then there have been initiatives like the SAARC Preferential Trading Arrangement (SAPTA) in 1993 and the agreement on South Asia Free Trade Area (SAFTA) in 2006 to boost the regional integration process in South Asia.

Results of these initiatives, however, have remained largely unsatisfactory. Furthermore, with enhanced and persistent political conflicts between two major countries, i.e. India and Pakistan, there are now questions about whether South Asia can be sustained as an integrated region in the future.

Yet, an integrated South Asia is important for many reasons. The region has a shared history, shared culture, and hundreds of years of a common civilization that ran through different corners of this region. There is also convincing evidence that deeper integration is needed for generating and sustaining economic growth in a region that is home to a significant share, and the highest density, of poor people in the world. Deeper regional integration through trade in goods and services and better transport facilities will improve the competitiveness of these countries to better participate in global trade. Promotion of a regional supply chain will be crucial in developing dynamic comparative advantages of these countries. Finally, “peace dividends” through intra-country stable political relations will be immensely high.

The aforementioned scenarios call for a deeper investigation into the causes behind the unsatisfactory progress of the integration process in South Asia. The most cited, and of course very important, factors in the “conventional” discourse are ineffective tariff liberalisation due to the presence of long sensitive lists in the FTA, non-tariff barriers, lack of trade facilitation, and lack of political will.

In this article, we explore three other factors that have not been discussed much in the regular discourse on regional integration process in South Asia. These are “size imbalance,” “start-up stage” and “convergence of development process.” Here we argue that while tariff and non-tariff barriers, lack of trade facilitation and political will have their usual restraining effects, the aforementioned three other factors may qualify to be quite fundamental in understanding the unsatisfactory outcomes of the regional integration process in South Asia. For our analysis, we make comparisons among SAARC, Association of Southeast Asian Nations (ASEAN), North American Free Trade Agreement (NAFTA), European Union (EU) and some African regional trading blocs.

The “size-imbalance” factor relates to the gigantic dominance of India in South Asia. The shares of India in the total land area, population and real gross domestic product (GDP) of South Asia in 2016 are 62%, 75%, and 83% respectively. The two other big countries in South Asia are Pakistan and Bangladesh with shares in regional GDP of only 7.6% and 5.6% respectively. In contrast, among the ten ASEAN countries, Indonesia has the largest share of around 40% in all three cases (land, population, and GDP).

This implies that the size-imbalance factor is something unique in South Asia (though NAFTA can be a similar case), and it is a structural factor, which is something given and very little can be done to counter it. However, this also highlights the fact that, in contrast to the leadership experience in any other comparable regional blocs (i.e. Indonesia in ASEAN and Germany in EU), there is a much more critical importance of India's leadership role in South Asia in taking the regional integration agenda forward.

The “start-up stage” factor relates to the stage of the level of development of the region, in terms of the average per capita GDP of the region, when the process of integration gets started. Interestingly, the South Asian regional integration process started at a much lower level of per capita GDP. For comparison, we consider 1992/1993 as the base year when ASEAN FTA was signed and when SAPTA was signed too. In 1993, in ASEAN, intra-regional trade was 19%, which increased to 24% in 2016. In contrast, in SAARC, in 1993, intra-regional trade was only 3%, which increased to 5.5% in 2016. In 1993, SAARC had the average per capita GDP of $869, in contrast to ASEAN's average per capita GDP of $7,645. If we exclude the outliers in both regions (Brunei and Singapore in ASEAN and Maldives in SAARC), then in 1993, those averages would be $730 for SAARC and $1,700 for ASEAN.

Inland waterways is an important pillar of ‘Arth-Ganga,’ a project that aims to channelize economic activity along the...