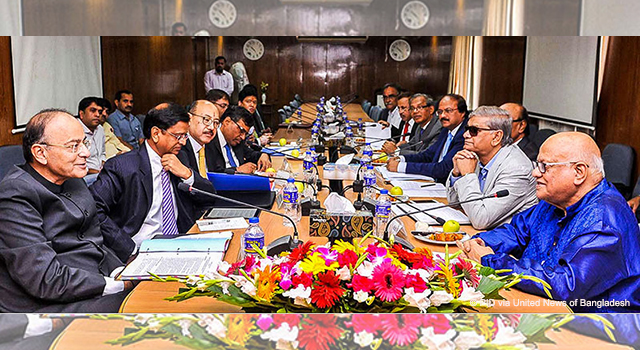 Mr. Jaitley lauded the present relations between India and Bangladesh after a meeting with Mr. Muhith. Relations between the two neighbors stand out as a model for other countries to emulate, according to Mr. Jaitley.

The Indian Finance Minister also emphasized the importance of connectivity to the success of Bangladesh-India bilateral development partnership, subregional economic cooperation, and economic prosperity in the South Asia region. He noted the priority placed by both Governments to restore pre-1965 linkages encompassing road, rail, water, and coastal shipping connections, to help increase bilateral trade and foster people-to-people contacts between the two countries.