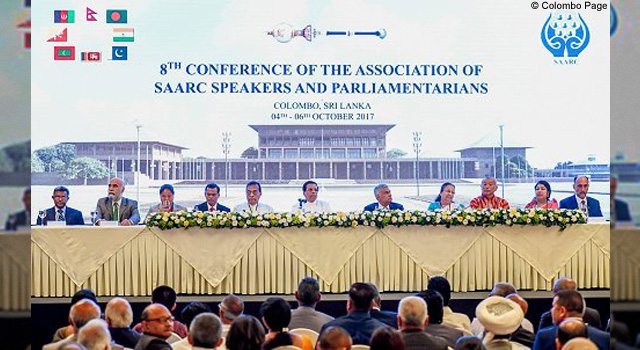 "Nowhere in the world are collective efforts more important than in South Asia, which is home to about one-fourth of the world population," she said. "As such, the global success of the SDGs is heavily dependent on their successful implementation in the SAARC [South Asian Association for Regional Cooperation] countries.” Ms. Mahajan was speaking at the 8th Conference of the Association of SAARC Speakers and Parliamentarians held on 4-6 October 2017 in Colombo, Sri Lanka.

Ms. Majahan stressed the importance of interaction among the parliaments of SAARC member countries and said that national parliaments should focus on the SDGs.

SAARC member countries also met in Thimphu, Bhutan, on 4-6 October 2017 for the Counterpart Agencies Meeting of SAARC Development Fund (SDF). The meeting reviewed the status and challenges faced by the implementation of SDF projects. The SDF was formed by the heads of the SAARC member states in 2010 to help accelerate economic growth, social progress, and poverty alleviation in the region.