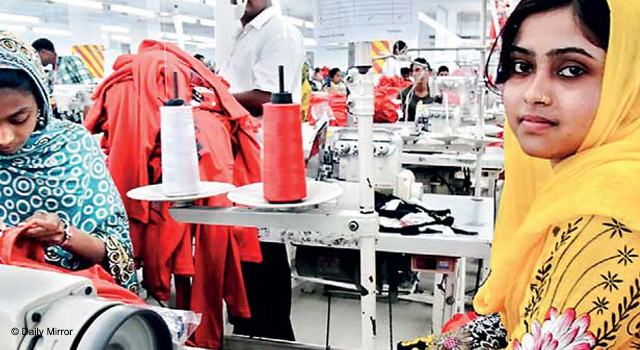 Bangladesh and Sri Lanka are working to increase their trade volume and diversify their products to promote more mutually-beneficial trade. This commentary by Mr. Amila Muthukutti, Sri Lankan economist and business writer, discusses market opportunities in Bangladesh for Sri Lankan investors, and highlights how a Free Trade Agreement will pave the way for strong trade relations.

Sri Lanka and Bangladesh are two countries that continue their friendly relationship for a long time in the economic and political areas, especially as members of the South Asian Association for Regional Cooperation (SAARC) dedicated to South Asian cooperation. Recently, President Maithripala Sirisena visited Bangladesh further strengthening the bilateral ties between the two nations.

It is of the importance that attention was paid to triple the bilateral trade, which values at $142 million and has potential to be boosted. For this purpose, there must be mutual understanding economically and politically between the two countries, in addition to the free trade agreement (FTA), for which two high commissioners had discussions a few months ago.

Bangladesh is also a country that exports apparel to the global market but has not been able to secure GSP Plus that Sri Lanka currently enjoys, mainly due to the labour rights issues in Bangladesh. Hence, we are able to export apparel to the European market at cheaper rates than Bangladesh can.

However, the cheap labour in that country has been the main attraction for apparel investors to come to the country. It is labour in Sri Lanka that is no longer cheap and the apparel industry has been suffering from the lack of sufficient labour, which has to be considered a key factor for boosting apparel exports by tapping GSP Plus.

Even though it is also an agricultural economy like ours, its economy has taken roots into other areas such as the pharmaceutical, apparel, shipbuilding, steel and leather industries, information technology and finance sector backed by its rural economic model with one of the best-performing stock markets in Asia during the period from 2009 to 2010, until it crashed in 2011.

Even though the goods are traded at a significant level, the emphasis has to be given to increase the trade volume and further diversify the product range benefitting both countries.

What is the most important under these circumstances is that for the past few years, the Sri Lankan blue chips have been keeping an eye on the market in Bangladesh and investing in banking, energy and apparel industries, the key areas of an economy. It is reported that the Bangladeshi businesses were also invited to invest in Sri Lanka during the president’s visit.

It is apparent that these agreements signed during the visit will create good market opportunities in the future, which the business communities from both countries have to be prepared to harness. In my opinion, signing an FTA will pave the way for strong trade relations, establishing its role as a friend, trading partner and neighbour in the South Asian region.