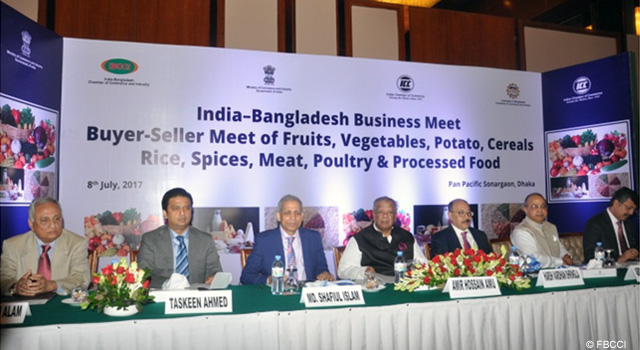 Mr. Harsh Vardan Shringla, India's High Commissioner to Bangladesh, urged the business community to increase the volume of cross-border trade to minimize the trade gap between the two countries.

India has accepted the Bangladesh Standards and Testing Institution certification for 21 food items from Bangladesh, which will significantly boost trade between the two countries, he noted.

Bangladesh Minister of Industries Amir Hossain Amu said India’s exports to Bangladesh account for $6 billion in 2016-2017, while Bangladesh exports to India account for around $0.5 billion. He said Bangladesh products such as bricks, cement, and processed food have a large market in India.