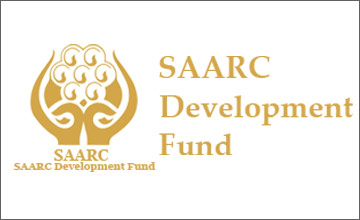 The South Asia Association for Regional Cooperation (SAARC) Development Fund (SDF) met on 12–14 February 2014 in New Delhi, India to brainstorm on its evolving strategic plan. The SDF is the umbrella financing mechanism for all SAARC projects and programs and is designed around three sectoral windows—social, economic, and infrastructure. The social window focuses on poverty alleviation and social development projects. The infrastructure window covers projects in energy, power, transportation, telecommunications, environment, tourism and other infrastructure areas. The economic window is primarily devoted to non-infrastructural funding.

The total paid-up capital of the SDF is about $345 million, with $62 million committed for nine social window projects as of end-2013. These projects are financed out of a voluntary contribution of $100 million from the Government of India (GOI).

Structured around the themes of (i) social entrepreneurship, (ii) the economic window and infrastructure financing in SAARC member states, and (iii) the role of the SDF, the Delhi workshop aimed to

The workshop was inaugurated by Dr. Arvind Mayaram, Secretary, Department of Economic Affairs, GOI, who stressed the need to develop more cross-border and regional projects in South Asia. He noted the initiatives of the Asian Development Bank (ADB) to build connectivity in this region through projects under the SASEC Program. Various presentations included:

The SDF was inaugurated by the SAARC member states in April, 2010 during the Sixteenth SAARC Summit held in Thimpu, Bhutan. Its permanent Secretariat is also based in Thimphu.