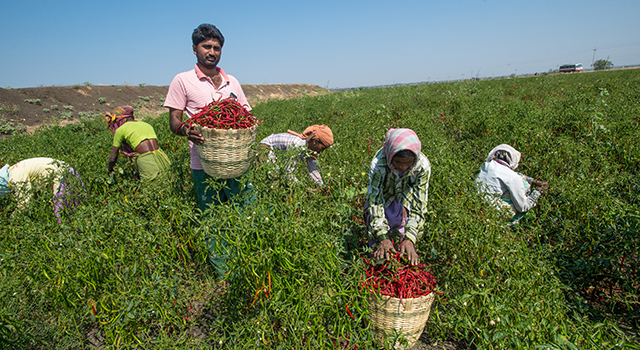 Amidst the rising debate against trade and globalization, World Trade Organization Director-General Roberto Azevêdo argues against increasing protectionism and emphasizes how trade has proven its worth in development benefits. He remarks how trade can become more inclusive, with gains shared across society.

Good afternoon. I am pleased to join you today.

I think that our topic today, “making trade more inclusive”, is very well tuned in with the broader global economic debate.

Everyone is talking about the backlash against trade and globalisation. There is a growing realization that globalisation could have been better managed — and that not enough has been done to spread the benefits and support those who have lost out.

These communities deserve to be heard and responded to.

A concern which is often voiced is that trade has contributed to unemployment. Trade can cause this kind of displacement, but the effect should not be overstated.

Like trade, technological progress is indispensable for sustained growth and development. So the answer is not to reject these forces. We must embrace them and learn to adapt.

At the same time, we are hearing more and more talk about inward looking policies. But protectionism would not solve the challenges before us — in fact it would make them worse.

An OECD study showed that each dollar of increased protection leads to a drop of 66 cents in GDP.

A UCLA-Columbia study estimated that if borders were closed to trade, poorer consumers, who pay a greater portion of their earnings on clothing, food and consumer electronics, could see their spending power fall by 63 per cent.

Moreover, trade barriers raised by one party leads to a response — and a potential domino effect.

That's why I have been urging caution here. We must not talk ourselves into a crisis, or even a trade war.

I believe that trade is actually part of the solution to many of the problems that are at the forefront of the debate today.

Trade is a vital source of jobs, growth and development.

It was a catalyst for reaching the Millennium Development Goal of cutting extreme poverty in half, and is a key part of the 2030 Agenda and of the new Sustainable Development Goals.

Moreover, trade is also a source of employment. In the US and Japan 10 per cent of jobs depend on exports, in France it's 20 per cent. In Belgium, the figure is even higher: 32 per cent of jobs are supported by exports.

And in many places trade is seen in a very positive way.

In developing countries, trade is seen as a beneficial force. In Africa public opinion is overwhelming positive.

And — perhaps surprisingly — a Gallup poll earlier this month found that 72 per cent of Americans view trade as an economic opportunity. This is a record high. There are a number of reasons why this might be the case. Perhaps people have been inspired by the current debate, or are reacting to it. But it is striking that so many now see trade as an opportunity.

Trade has proven that it can work for the benefit of people. Inclusivity is the key word here.

And I think there are a number of steps we can take to ensure that the gains of trade are better shared across society.

First, domestically. We need to work with governments to help them build policies which respond to the many challenges in the economy today.

As I've said, unemployment and other dislocations are not strictly or mainly a trade issue. We need a far-reaching response, across many areas, to ensure that people can have the right skills to participate in today's markets.

More active and cross-cutting labour market policies will be essential, also touching on aspects of education and skills, help for smaller companies, and improved adjustment support to the unemployed.

The WTO is working with the ILO on a report on the relationship between trade and jobs.

Our organizations have an important history of cooperation, and I am sure we will continue strengthening this partnership to ensure that trade and labour polices can complement each other.

This brings me to my second point. Globally, I think we can do more to ensure that the benefits of trade reach further and wider through new trade reforms.

For example, SMEs account for a large proportion of employment in many economies. They are big employers of women and young people.

However, their participation in trade simply doesn’t match up to their economic importance domestically.

Tariffs and costs involved with meeting particular standards or other non-tariff barriers for exporting can be particularly difficult for SMEs. The smaller the business, the bigger the barriers can seem.

Connectivity and infrastructure are also an issue.

Technological advances and the booming number of internet users mean that e-commerce is evolving at an unprecedented pace, changing the way we trade.

However, there is still a long way to go to ensure that the opportunities of e-commerce are available to all. Big gaps persist. Today, four billion people in the developing world remain offline.

The WTO can play an important role, by delivering reforms to the trading system which can lower barriers and help everyone to participate.

We have some very positive news on this front. Last week, the WTO's Trade Facilitation Agreement came into force.

It was agreed in 2013, at the WTO's Ministerial Conference in Bali. It is the WTO's first global agreement — and the biggest global trade agreement this century.

Estimates show that the full implementation of the Agreement could reduce trade costs globally by an average of 14.3 per cent.

This would boost exports by up to one trillion dollars each year, with the biggest gains being felt in the poorest countries.

We estimate that 20 million jobs could be created by TFA implementation. This number could rise up to around 30 million, depending on the sectors involved and how labour-intensive they are.

As a result of this deal and others that we have finalised in the last few years, we are seeing a renewed interest in the work of the WTO.

Members are now discussing how to advance our negotiating agenda, and these conversations are taking shape. Our next Ministerial meeting is in Buenos Aires at the end of the year, and that could be an opportunity for progress in a number of important areas.

As part of the right policy mix I believe that trade has been — and will continue to be — a force for good.

And so I think that everyone who shares this belief has a responsibility today.

Whether in the international community, academia or the private sector, we have a duty to engage and help make the case for trade.

The lessons of history tell us that we are all better off — more prosperous and more secure — when nations are trading together and cooperating under mutually-agreed rules.