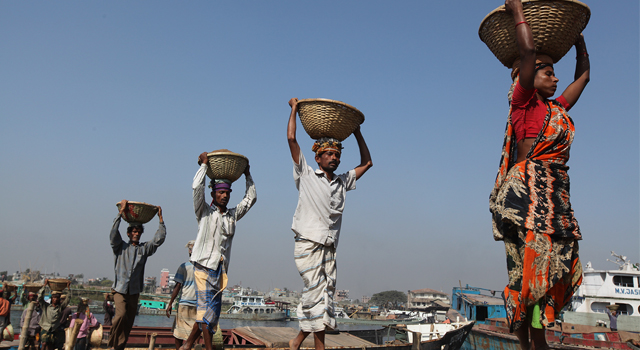 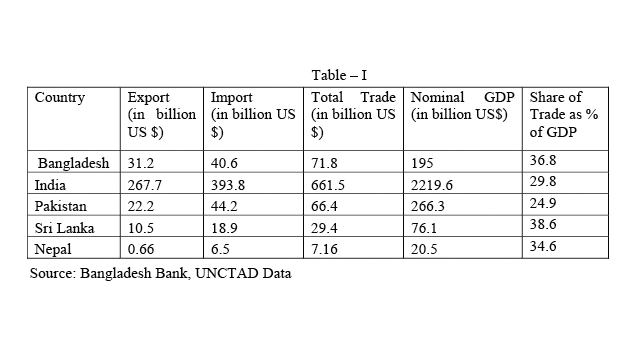 Limited cooperation and economic integration in South Asia continue to hinder its growth potential, despite being one of the fastest-growing regions in the world. In this commentary, Dr. Shamsul Alam, Member (Senior Secretary), General Economics Division, Planning Commission, Government of Bangladesh, argues for the need to think of pragmatic approaches and re-imagine regional cooperation in South Asia. He highlights the increasing commitment toward deepening regional ties—citing initiatives including the Bangladesh-Bhutan-India-Nepal Motor Vehicle Agreement—and underscores the need to enhance the region's competitiveness by facilitating trade and promoting dialogue on regional cooperation and connectivity.

Comprised of Afghanistan, Bangladesh, Bhutan, India, the Maldives, Nepal, Pakistan, and Sri Lanka, South Asia is one of the most dynamic regions in the world, with a population of 1.7 billion and economic growth of 7.1 per cent over the last decade. But despite recent shifts, it is yet one of the least economically integrated regions, reflecting historical political tensions and mistrust, with often cross-border conflicts and security concerns contributing to a low-level equilibrium of economic relationship.

The latest findings of the Global Competitiveness Index (GCI) show that most South Asian countries rank in the lower half. India ranks the highest, in all of South Asia, having moved up several steps since last year to the 39th position out of 138 economies. Bangladesh climbed up a notch to claim the 106th position, with Sri Lanka, Bhutan, Nepal and Pakistan clinching 71st, 97th, 98th and 122nd positions respectively. The GCI scores are calculated on the basis of 12 'pillars' of competitiveness that include indicators such as business sophistication, market size, competitiveness and innovation.

Most countries in South Asia have improved in competitiveness making it the fastest growing region in the world. But despite having made significant strides in areas such as health and primary education, the region is lagging in the indices of infrastructure, financial market development and technological readiness.

A major hindrance to South Asia's competitiveness is the fact that it is one of the least economically integrated regions in the world. The strongest piece of evidence corroborating this is that intra-regional trade accounts for a mere six per cent of South Asia's total trade whereas for the EU, NAFTA and ASEAN, the numbers are 66 per cent, 48 per cent and 27 per cent, respectively. Further, intra-regional investment in South Asia is less than 1 per cent of total investment, explaining why it costs more to trade within South Asia compared to trade with the rest of the world.

Bangladesh's share of trade as percentage of GDP in 2015 with some of the South Asian countries (see Table - I).

South Asia will remain one of the fastest-growing regions in the world for the foreseeable future partly due to rapidly rising consumer spending and an improving investment outlook. However, growth in the region is below potential owing to weaknesses. Relatively low levels of intra-regional trade and a failure to integrate in many global value chains have long held back investment, both domestic and foreign, as well as employment growth. Unless connectivity improves and governments within the region pursue closer integration, intra-regional trade is set to remain low, which will stand on its way to economic prospects.

At present, energy sharing within the region is limited despite significant potential and unmet demand. Due to limited transport connectivity, onerous logistics and regulatory impediments, it costs more to trade within South Asia than between South Asia and the world's other regions. Finally, there is little cooperation within the region on managing shared natural resources and disaster risks that threaten sustainable growth.

Greater cooperation and regional economic integration can bring about gains in these areas and enhance the prospects for poverty reduction and shared growth in a region that is home to more than 40 per cent of the world's poor. It can, among other things, help alleviate energy shortages, unlock new growth and job opportunities, enhance climate resilience, and reduce the prices of critical products in the region's land-locked areas.

The SAARC countries need to think of pragmatic approaches and re-imagine regional cooperation. One can conceive of the SAARC as comprising three sub-regions within the larger South Asian landscape namely: the eastern sub-region of Bangladesh, Bhutan, India and Nepal (BBIN); the southern sub -region of India, the Maldives and Sri Lanka (IMS) and the western sub -region of Afghanistan, India and Pakistan (AIP).

Given that the ease of doing business is much worse in South Asia in comparison to other regions, reducing the cost of doing business, to put it simply, ought to be one of the national priorities for countries such as Bangladesh, Nepal and Pakistan. The good news is that in recent times, South Asian countries have begun to show increased commitment towards deepening regional ties. Regional initiatives such as BBIN's Motor Vehicle Agreement (MVA) and bilateral commitments like Bangladesh-India Memorandum of Understanding 2010 are a step forward in the form of strengthened cooperation in the areas of transport and energy. The commencement of transshipment operations and bus services between the neighbouring countries has raised the prospects of greater trade dramatically.

In addition to undertaking regional initiatives to facilitate trade and market access, there is an urgent need to promote dialogue on matters of regional cooperation and connectivity in South Asia. In this regard, it is appreciative that a citizens' platform for such a dialogue/debate is the South Asia Economic Summit (SAES) conceived in 2008 by five leading think-tanks of the region. At this ninth SAES, hosted by the CPD in Dhaka, issues related to regional integration in South Asia in the context of the SDGs and emerging challenges were discussed. Wider interactions of high-level policymakers, experts, eminent economists, business leaders, development partners and other key stakeholders from South Asia and beyond whose overarching theme is 'Re-imagining South Asia in 2030 ' is also getting prominence.

Prioritisation of the SDGs, a global development targets for 2030, based on country context and their mainstreaming into national planning strategies is critical. The Bangladesh Planning Commission is currently exactly doing the same in the form of Sustainable Development Goal (SDG) mapping and institutionalising SDG targets including data gap analysis. However, the mapping of the SDGs from the 'global to national' perspectives necessitates focusing on regional framework.

Being one of the role models in achieving the Millennium Development Goals (MDGs), the present government of Bangladesh has its full political commitment in implementing the SDGs properly and has the thrust to perform well more than it did in implementing the MDGs. Currently, the government is making strides towards SDG implementation, and development of a common platform to facilitate a unified, whole-of-society approach. In particular, various agencies have spearheaded specific initiatives that align themselves better with the SDGs, are designed to inform green policy cycle and, lend added weight to the three elements of policy, data, and monitoring and evaluation, which anchor the overarching approach in a cycle of finite and ongoing reform.

Bangladesh is a beautiful land, blessed with natural resources, fertile deltas and a vibrant young workforce. Its economy continues to marching ahead, with an annual GDP (gross domestic product) growth rate averaging 7.0 per cent plus in the past seven years, not far behind the growth rates of India and China.

During the last six years, there has been a dramatic transformation of relations between India and Bangladesh. Bangladesh boldly took the first initiative in this area, creating an enabling environment.

Both the countries have amicably resolved disputes and completed boundary demarcation on land, rivers and in the Bay of Bengal. India has extended duty-free and quota free access to virtually all but 26 Bangladeshi products to the Indian market as a result of which bilateral trade volumes have increased. Eight border haats (markets) have been set up, to date, along Bangladesh's borders with Meghalaya and Tripura, reconnecting and reviving historical economic connections. Indian investments in Bangladesh have surged dramatically.  Bangladesh has offered to India an EPZ solely for setting up Indian industries. India along with China has begun building a deep sea-port at Payra, Bangladesh.

Passenger bus services between Kolkata-Dhaka-Agartala and Dhaka-Sylhet-Shillong-Guwahati and rail services between Dhaka-Kolkata have been effectively operationalised. Several ports of call have been added on both sides in the Inland Waters Transport and Trade Agreement that had been in place since 1972.

When they are all fully operational, movement of goods and people will no longer remain hostage to the principal entry-exit points at Benapole-Petrapole and Akhaura-Agartala in the east and west. Instead, the north-south connectivity corridors will be more effectively available, enabling land-locked Bhutan and Nepal to more efficiently use Bangladeshi routes and ports. Coastal and maritime shipping agreements that were signed very recently also dramatically augment the other existing connectivity points and modes.

The remarkable Framework Agreement signed by the heads of government of the two countries in September, 2011, enabled us to initiate discussions with Bhutan and Nepal and set the stage for sub-regional cooperation in multiple sectors, most importantly, in river basin management and energy cooperation.