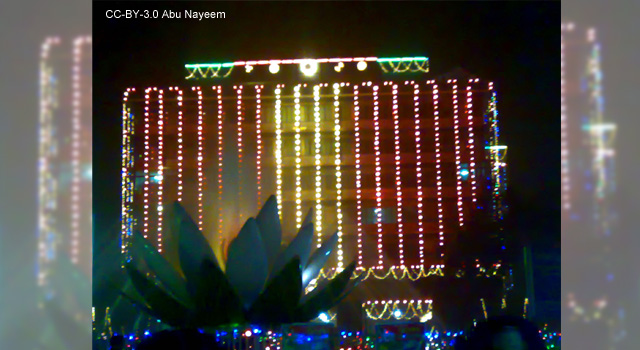 Bangladesh has adopted the mantra “Digital Bangladesh” in its push to reduce trade costs, by implementing paperless trade through an electronic system. The country has already launched an online trade portal; the Central Bank, as well as the country’s entire banking system, is successfully conducting electronic transactions; and the National Board of Revenue has also enhanced its paperless capacity. Asjadul Kibria, Bangladeshi economic journalist, provides the following commentary.

Reducing the cost of trade by reducing time and money is always an important matter in global trade. A simple but long-term solution is cutting the red tape along with introducing the electronic system for all kinds of business transactions. This drives the inception of trade facilitation mechanism which is now shaped as a global agreement. The Trade Facilitation Agreement (TFA) of the World Trade Organisation (WTO) is now very close to come into force. The core objective of the TFA is to provide a unique global set of rules and mechanisms to expedite the movements, releases and clearance of goods across borders.

While TFA is structured with 38 measures and member countries of the WTO have to follow these as their binding commitment to implement the agreement. These measures can be categorised in two segments: general and specific. One specific measure is paperless trade, a “trading system where trade information is exchanged through dematerialised, structured trade documents, based on open and agreed standards.”

Paperless trade generally refers to the conduct of international trade transactions using electronic rather than paper-based data and documents. While the ultimate goal is to facilitate all information flows associated with a given transaction for all stakeholders, paperless trade initiatives generally focus on “data and documents flow between businesses and government and/or between governments.” It is not necessarily to abolish papers but rather to find better ways that allow traders and regulators to use electronic documents. As a backup measure, papers will be there but in a limited quantity.

Paperless trade is also not a new thing as many multinational companies are doing their business with paperless system. One good example is the paperless service of DHL. The multinational logistics service-providing company allows its customers to electronically transmit their commercial and pro-forma invoices, eliminating the need to print and physically attach these to the shipments. CargoDoc, a paperless trade solution provided by essDOCS, is now available in 72 countries. It is a web-based electronic document/data exchange system that electronically links physical shipping and logistics to the financial supply chain.

United Nations Economic and Social Commission for Asia and Pacific (UNESCAP) is actively promoting paperless trade among its 53 member countries as to support the smooth implementation of TFA. Already a Framework Agreement on Facilitation of Cross-border Paperless Trade in Asia and Pacific (FA-PT) has been drafted. It is now open for signing at the UN Headquarters in New York.

As it has been less than three months since the treaty opened for signature on October 01, 2016, none of the members have signed it. When contacted, ESCAP informed FE that it usually takes several months to complete domestic approval process for signing a treaty. The treaty is open for signature until September 30, 2017. As per Article 19 of the agreement, the treaty will enter into force once five member states of ESCAP ratify or access to it.

Earlier, in May, 2012, member States of ESCAP adopted a resolution on "enabling paperless trade and the cross-border recognition of electronic data and documents" for inclusive and sustainable intra-regional trade facilitation. Following the decision an agreement was drafted and the text of the new agreement was adopted in May, 2016.

UNESCAP argues that the treaty will bring a long-term benefit for the region by promoting cross-border paperless trade to make the global trade more efficient and transparent and improve regulatory compliance. Moreover, it will become an efficient tool for better implementation of TFA, the UN body argues.

The core element of paperless trade is Single Window (SW) system which facilitates electronic communication between traders and relevant government agencies. In fact, it is a kind of one-stop solution or mechanism that allows traders to submit all required import, export and transit information through a sole electronic gateway. So, by using the single window system, exporters and importers don't need to submit required documents several times. Regulatory agencies also don't need to process the same information numerous times.

Establishing the SW system demands a comprehensive work plan and strong political commitment. United Nations Economic Commission for Europe (UNECE) termed it "a complex political reform project." According to the UN body, while it is recognised as an enabling trade instrument for easing trade across the borders, policymakers have to confront with many challenges and obstacles while transferring the vision and goal of SW into reality.

In Asia, Singapore and South Korea have two very successful SWs. India is developing its SW system which is Customs-centric. The main challenges India is facing to make the SW fully operational include its vast geographical extent with diverse practices, gap in IT capacity in other regulatory agencies and remotely located land Customs stations.

Bangladesh has decided to establish the SW by mid-2019 with the financial and technical support from the World Bank. It is a Customs-centric SW and National Board of Revenue (NBR) is the lead agency. It is a challenging task as government agencies are mostly not comfortable with online-based solution. Lack of skilled manpower and traditional attitude of the existing people in different agencies make the whole thing difficult. Lack of coordination and cooperation among the agencies is a big obstacle. Irregularities and corruption in different agencies have already created a big vested interest group who are very much engaged in rent seeking. As SW will be instrumental in ensuring transparency and establish good governance, the vested quarters with political baking will try to make the transfer of paper-based to paperless system less efficient. So, additional effort is a must from the government, especially when "Digital Bangladesh" is a main mantra for development process.

A positive thing is that Bangladesh has completed many works to implement TFA as well as paperless trade. A trade portal has already been established. The central bank, along with the whole banking system, has significantly become paperless and is efficiently doing electronic transactions. Customs department is also enhancing its paperless capacity. Private sector is continuously becoming more equipped with electronic system. All these efforts have to be harmonised to make the SW effective and tap the benefit of FA-PT in the long-run. Bangladesh has already ratified the TFA of the WTO. As a member country of ESCAP, it has in principle agreed on the FA-PT. But the country is yet to decide whether to sign the treaty or not. The policymakers need to move ahead for signing the treaty as it will help to connect the trading partners electronically.