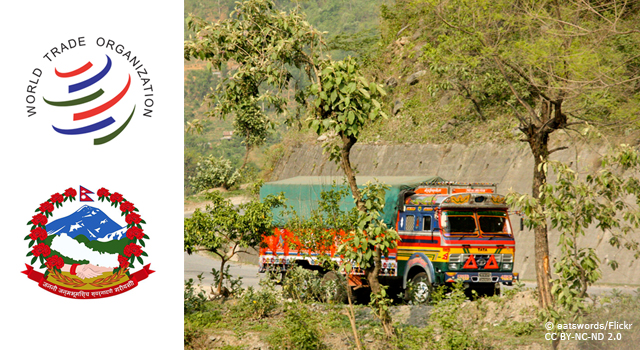 The WTO TFA aims to

Implementation of the TFA will help expand trade and attract foreign direct investment in Nepal by increasing transparency, competitiveness, and effectiveness of the trading process. It is expected to contribute substantially to the introduction of trade sector reforms through trade facilitation at a time when Nepal’s export growth has slowed due to high transaction costs and a diminishing competitive edge, owing to supply side constraints in the country.

Nepal played a constructive role in the adoption of the Agreement during the WTO Ninth Ministerial Conference Meeting in December 2013 in Bali, Indonesia, as Convener representing least development countries (LDCs).

The Government of Nepal, with support from the Asian Development Bank, is carrying out several trade facilitation initiatives, such as implementation of e-Customs, Customs Reform and Modernization Strategies and Action Plan 2017-2021, legislative reform, trade-related infrastructure construction, and the improvement of services and information for traders, stakeholders, and investors through various means.