Commentary: Political Economy of Regional Integration: Where Do We Stand in South Asia? 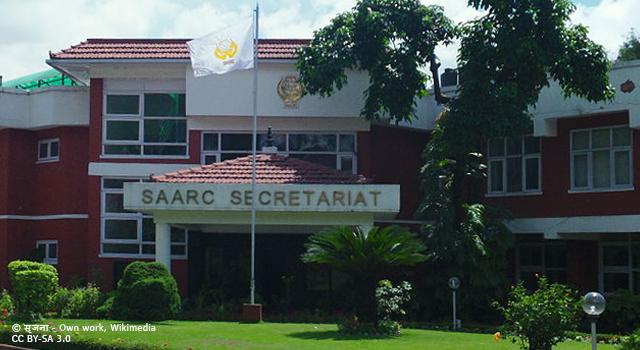 Dr. Selim Reihan notes that drivers of political economy – including institutions such as the South Asian Association for Regional Cooperation Secretariat, groupings from the private sector and private sector associations, regional public goods, and structural factors, such as geographic factors – can impact the region's integration agenda. In this essay, Dr. Raihan highlights the importance of exploring and discussing the political economy of regional integration to generate a better assessment of the factors driving and constraining regional integration, and create broader awareness among stakeholders to stimulate a more realistic and effective regional policy design and processes.

Political economy of regional integration: Where do we stand in South Asia?

The aspiration for deeper regional integration is high on the political agenda of most of the leaders in South Asia. Since the early 1980s South Asian Association for Regional Cooperation (SAARC) has been working as an economic and geopolitical organization for South Asian countries with the aim of deeper regional integration and cooperation in areas of economic, trade and other common regional issues. Until now, there have been some achievements. Still, frustration prevails, as actual implementation of agreements often does not match the declared ambitions. The resulting implementation gap is most commonly attributed to the lack of political will and leadership, institutional weaknesses and capacity and resources constraints.

However, the aforementioned four integration processes need favorable political economy (PE) drivers. The political-economy perspective considers how various players influence the national and regional decision-making context, and what impact their actions (or lack of action) have on the integration agenda. The first PE driver is the ‘primary institution’ which are the official institutions at the regional level and in respective countries entrusted to carry out the agenda of regional integration. In South Asia, the SAARC Secretariat and relevant ministries in the member countries are such institutions. The second PE driver is the ‘secondary institution’ which are private sectors, private sector associations, civil society organizations and media. Primary and secondary institutions are a combination of market and non-market actors that govern economic and political environments in the region. The third PE driver is the ‘regional public good’ which includes regional infrastructure and the status of regional trade facilitation. In South Asia, status of such ‘regional public good’ is very weak. ‘Structural factor’ is the fourth PE driver which includes historical processes and geographic factors that shape the types of political, economic and socio-cultural institutions. In South Asia, landlockedness of Nepal, Bhutan and Afghanistan, political rivalry between India and Pakistan, and huge differences in the sizes of the countries where India accounts for around 80% of the regional GDP, trade among the South Asian countries primarily through land borders are such structural factors. The final PE driver is the role of the ‘political elite’. Strong and visionary leaderships are needed from the political elites to eliminate any ‘trust deficit’, which can emerge as a result of a variety of the ‘structural factors’ mentioned above. In South Asia, such ‘trust deficit’ is often highlighted as one of the major barriers for a deeper regional integration. Also, there are concerns with regard to hesitant and inconsistent leaderships from the political elites of these countries, especially from India, in taking the regional integration agenda to a higher level.

There are now convincing evidences that a deeper regional integration is needed for generating and sustaining economic growth and reducing poverty in South Asia. Intra-regional trade in South Asia has been low, but there are signs of huge potentials. For a deeper market integration in goods, full implementation of SAFTA is needed with emphasis on further liberalization of intra-SAARC tariffs, reduction in the sensitive list, and establishing effective mechanisms to deal with the NTMs/NTBs.

Intra-regional services trade and intra-regional investment are also low in South Asia. Regional and sub-regional efforts have to be promoted for different trade and transport facilitation measures, for cooperation in energy generation and transmission, and for linking energy cooperation and trade and transport facilitation to investment and growth processes of these countries. Promotion of intra-regional investments and attracting extra-regional FDIs in goods and services sectors in general, and energy and infrastructural sectors in particular will be very crucial for South Asia to integrate further. There is a continued need for a greater integration in trade, macro, financial and industrial policies in the region.

A deeper regional integration in South Asia requires clear and visible leadership from the political elites in this region, especially from India, in taking the agenda forward. The political elites have to be convinced and act accordingly to reduce the ‘trust deficit’. Regional institutions, like SAARC Secretariat, have to be institutionally reformed and reoriented with much stronger engagements from the respective ministries and relevant organizations of the member countries. Business associations, civil society organizations and media have to pursue the regional integration agenda in South Asia more pro-actively than ever.