Commentary: Is Regional Product Standard at All Feasible? 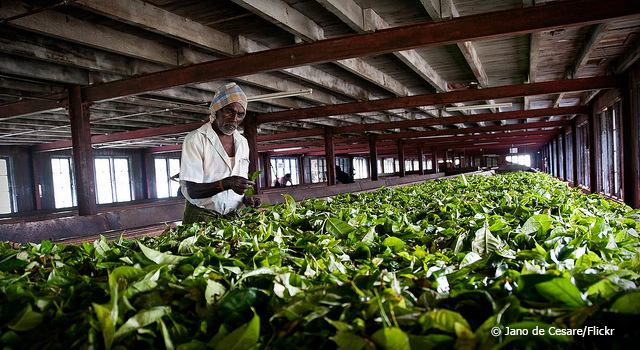 Absence of a harmonized system of standards among South Asian Association for Regional Cooperation (SAARC) members is one reason for the increase of technical barriers to trade, giving rise to non-tariff barriers that hamper SAARC intra-regional trade. In 2011, the South Asian Regional Standards Organization was established, to harmonize standards and improve conformity assessment, to boost SAARC trade. Mr. Wasi Ahmed, a former senior trade diplomat, discusses growing recognition of the importance of harmonized regional standards within SAARC, in a commentary shared below.

Is regional product standard at all feasible?

The need for a harmonised regional standard is gaining importance as talks on enhanced flow of regional trade are doing the rounds more than before. This is due to the potential barriers caused to the flow of trade by national standards and a variety of stringent compliance needs. Fulfilling the needs for compliance on a case-to-case basis is a long-drawn process, and its cost and time-consuming character is often found to restrict the trade flow far below the desired levels.

This can be seen as a case in point requiring attention of the governments in this South Asian sub-region. A meaningful move to ease the process can be best expected from a mechanism of harmonised standards among the trading partners of this region. In a series of seminars and workshops held in the capital over several months, speakers, mostly from the business community, emphasised the need for a comprehensive regional standard for products and reduced non-tariff barriers to help boost trade within the region – one of the least-integrated in the world.

Trade experts, while recognising the need, are sceptical about the adoption of such a mechanism, fearing that the intricacies involved are quite elaborate to sort out on the basis of consensus among the trading partners. However, they do believe that absence of a harmonised system as regards standards and other country-specific compliance requirements is instrumental in giving rise to more and more technical barriers to trade (TBDs) that eventually assume the shapes and forms of non-tariff barriers (NTBs). It is important to note here that although countries are allowed to maintain their respective schemes as regards standards and technical requirements, these are not supposed to be used as trade impeding instruments. But this is unfortunately the case with many products seeking cross-border market access. The crux of the matter lies in the fact that although many non-tariff measures (NTMs) in the region are compatible with the rules of the World Trade Organisation (WTO), a good number of these were actually discouraging trade expansion among the countries.

Now that the issue is being talked about at large, what could be the possible ways out? A simplistic view of the matter suggests that it is the standard regimes followed by countries which, if harmonised, could address the problems. This, no doubt, only partly addresses the issue. For, besides standards, there are critical areas where technical compliance needs such as sanitary and phyto-sanitary (SPS) requirements, testing requirements for manufactured goods pose the most difficult barriers to the flow of trade. So, for obvious reasons, working out a regional framework acceptable to all trade partners is easier said than done. As for standards, there may be the mechanism of MRA (mutual recognition agreements) amongst the contracting parties followed by an agreed principle whereby certification by the designated standard bodies (such as Bangladesh Standards & Testing Institution or BSTI in Bangladesh, Bureau of Indian Standards or BIS in India for example) could be rendered mutually acceptable as regards a specific set of products. As for laboratory testing in connection with the fulfilment of SPS requirements, accreditation of national testing labs by internationally reputed accreditation agencies could be the solution.

This is not to downplay the prospect of a regional product compliance mechanism among the countries in the region. In the past, there were attempts on the part of Bangladesh to devise a mechanism in respect of certain items requiring post-shipment laboratory tests in India. The idea was to seek recognition of the testing standards and methodologies followed in Bangladesh in order that once reconised, Bangladesh laboratories could do the required testing prior to exporting in lieu of post-shipment testing by Indian laboratories. The initiative did not materialise. Putting blame on either of the parties does not help, as compliance-needs are not only country-specific, but also product-specific. It is here that striking a sense of harmony calls for more elaborate and comprehensive tie-up among trading partners.

In this connection, launching of the South Asian Regional Standards Organisation (SARSO) deserves much attention. The SARSO, a common certification panel for the member-countries of South Asian Association for Regional Cooperation (SAARC), aims to develop harmonised standards for the region to facilitate inter-regional trade, promote access to the global market and enhance coordination and cooperation among all of them in the fields of standards and conformity assessment. The organisation started its journey in April 2014. It has been learnt that work on some products is in progress, of which a few have been completed awaiting finalisation which may require negotiation of the member countries. As for Bangladesh, one important thing for the SARSO to start work is on SPS compliance. However, the SARSO has still miles to go as the standards defined by it will need formal endorsement by all member countries.