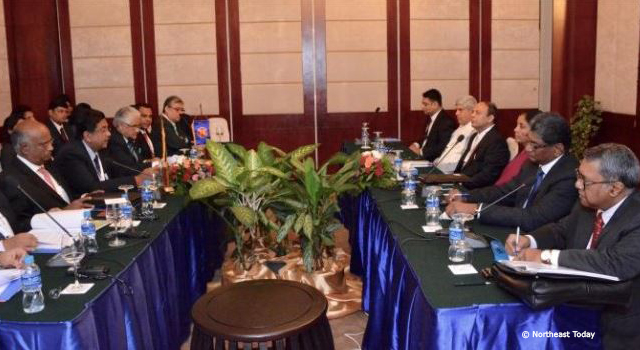 The Association of Southeast Asian Nations (ASEAN) India Business Council (AIBC) called for opening of trade between India's northeastern states and the ASEAN region, and enhancement of ASEAN-India connectivity, in a meeting with India Minister of State (Independent Charge) of Ministry of Commerce and Industry, Ms. Nirmala Sitharaman.

The AIBC, expressing their willingness to cooperate with the Government of India, proposed sending a business delegation to Northeast India, beginning in Assam, in September. It also proposed measures to boost ASEAN-India connectivity, including:

Minister Sitharaman, highlighting India's 'Act East' policy, emphasized the Government of India's drive to accelerate economic growth between India and the ASEAN countries through bilateral and multilateral measures. She requested a comprehensive consultation on existing tariff and non-tariff barriers between ASEAN and India, and recommended that these issues be addressed prior to the next round of discussions between ASEAN Economic Ministers and India.

AIBC also held a meeting with ASEAN economic ministers where it presented a 14-point agenda with recommendations aimed to strengthen economic ties and ease the flow of trade between India and ASEAN.