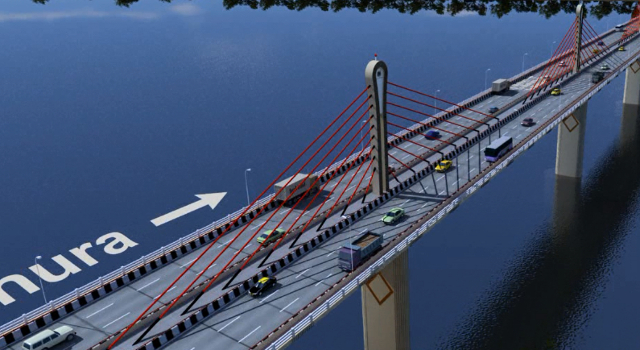 India is set to begin work on the Bihar New Ganga Bridge Project, which is expected to become the longest river bridge in India at 9.8 kilometers (km). The road bridge spanning the Ganges River will improve transport connectivity between north and south Bihar, India, and better link the state’s capital city of Patna to surrounding areas.

The new Ganga Bridge will have access ramps and connect to the Raghopur Diara river island and connect to nearby national highways. The bridge is expected to enhance the existing road corridors between India and Nepal, supported by the Asian Development Bank’s (ADB) Regional Cooperation and Integration Strategy. It also supports ADB’s agenda for environmentally sustainable growth and inclusive economic growth and could benefit as many as 9 million, especially those in poorer communities.

The bridge will serve as an alternative to the existing Ganga Bridge (also called Mahatma Gandhi Bridge), which is now severely congested. Only four bridges connecting the length of the Ganges River in Bihar are currently operational, which constrains connectivity and overall socioeconomic development.

ADB is providing $500 million for the project and $900,000 in technical assistance to improve bridge operation and management. The State Government of Bihar will provide support equivalent to $215 million. ADB approved the Bihar New Ganga Bridge Project on 24 June 2016, and the project is set to be completed in December 2020.

The Government of Bihar has stepped up investments in the development of quality infrastructure. Since 2008, ADB has provided three loans totaling $1.02 billion to upgrade 1,466 km of state highways in north and south Bihar, linking rural areas to national highways.