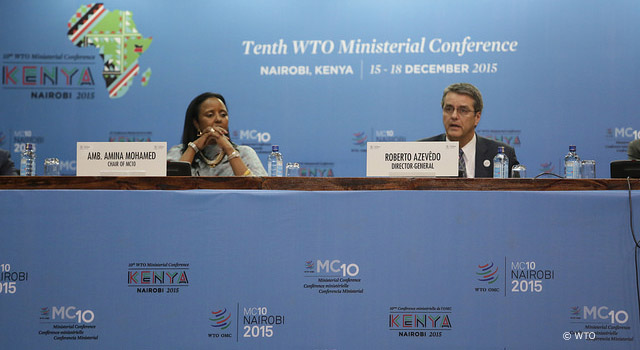 Outcomes of the WTO 2015 Nairobi Package include:

A timetable to implement a landmark deal to eliminate tariffs on 201 information technology products valued at over $1.3 trillion per year was also agreed by WTO members. The WTO estimates around 65% of these tariffs will be eliminated by July 2016, and completely phased out by the end of 2019.