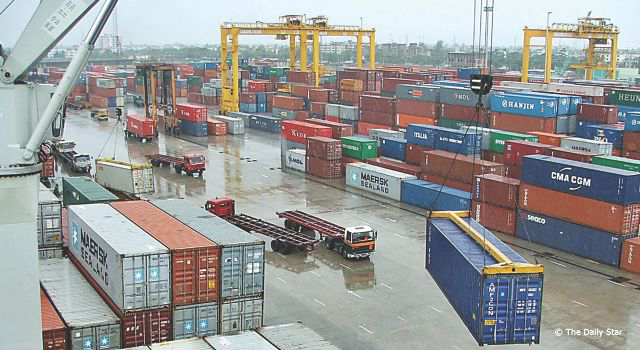 Implementation of TFA: A timeline needs to be set

As one of continuous trade liberalisation initiatives in the Bali Package of the 9th WTO Ministerial Conference, Trade Facilitation Agreement (TFA) was adopted with an objective to reduce cost of transaction of international trade. The protocol of amendment for inserting the agreement into Annex IA of the WTO agreement was also agreed upon by the general council on November 2014. Now it is time the WTO member-countries formally accepted the agreement through their domestic legislations.

After the approval in Bali, India, as a strong member-country, raised its concerns over public stock holding of food for security purposes, which of course is not directly related to TFA. But India wanted to get a long-term solution of these issues agreed upon in Bali. Eventually, after a prolonged debate, the issue of food security has been resolved and members were committed to set a timeline of December 2015 to find a permanent solution to this issue. A peace clause remains in force until a permanent solution is found. There is no doubt that TFA is to reduce cost of doing business; the important issue is how LDCs will get benefits out of it. Are the governments of LDCs are clear about these intending changes and accordingly preparing to harness domestic policies to enjoy trade benefits?

From the WTO website, it is found that four member-countries, Hong Kong (China), Singapore, the United States and Mauritius have so far secured domestic acceptance of the TFA, concluded at the WTO's 2013 Bali Ministerial Conference. Two-thirds of the WTO's 160 members will need to ratify the TFA in order for the agreement to enter into force. Even though there is no deadline for securing the two-thirds threshold, a stock-taking in the 10th Ministerial in Nairobi would definitely be a priority. It is of course in circulation that a number of member-countries have started the ratification process, but it will take time as the nature of domestic environment is different in various countries. About 16 countries have reported that their domestic acceptance process is underway. The countries will need lengthy domestic legislative process to get the acceptance.

Dependency on international trade has been increasing. Like other developing countries, Bangladesh is also gradually and increasingly going to be integrated with international trade. Statistics from different researches show that through this trade facilitation, global GDP (gross domestic product) will increase by 4.7 per cent and world trade by 14.5 per cent. Studies also show that 10 per cent reduction in export time will increase 5.8 per cent of export in South Asian (SA) countries. Responsibility of the respective countries is huge to prepare them to harmonise their trade logistics and infrastructure aligning with the international standard.

Like other SA countries, Bangladesh is also going through a process of rigorous reforms. It has taken a number of steps to make trade policies supportive of business and. Among these are adoption of ASYCUDA World, a modernisation plan for achieving best international practices, and reviewing policies and laws in line with international conventions. For example, a draft Customs Act 2015 is at the final stage to get nod from the parliament.

In view of the above, Bangladesh is not behind as per a study conducted by a competent team. The team circulated its initial report in March 2015. The study analysed alignment of Bangladesh's policies with the WTO TFA agreement. In the revised report presented recently, it mentioned which of the technical measures Bangladesh can not implement without external technical and capacity-building support and which are almost in the process of implementation. Out of 36 technical measures, Bangladesh has been able to implement one measure fully, 11 other measures substantially, a significant number partially and seven measures not yet been touched upon. It needs to prepare an effective action plan to decide which of the measures it will implement immediately and which ones gradually because it is almost impossible to implement all together. A significant proportion of these measures would require external assistance. Domestic policy issues would need to be crafted carefully so that manufacturing value addition can be increased.

The report also detected the gaps to be aligned with the WTO TFA agreement and suggested some measures to be fully compliant. The report referred to the Customs Act 1969 which has already been revised keeping full compliance with Revised Kyoto Convention (RKC), World Customs Organisation (WCO) and other related documents. It is presumed that when the Customs Act 2015 will be available a significant number of issues will be covered. The Alignment Study can be conducted after the enactment of the updated Customs Act could see an update of customs operations.

In a recent meeting, there were some discussions as to whether Bangladesh would also take full care of the issues which are not mandatory presently. There are some issues which are not mandatory but encouraged; some are in a manner to that extent possible as per domestic law; some can be decided by the members themselves in a progressive manner. So it is for the members how they would like to decide to move ahead and harness their policies accordingly based on their priorities. Importance of mandatory and non-mandatory issues also depends on capacities and desire of the members. Say, introduction of advance ruling procedures, establishment of enquiry points, publication of information, appeal review process, release of goods and establishment of single window are all very important for making international trade efficient, but it depends on the country contexts and their capabilities and time-frame how they would like to handle these issues.

Regular consultation with the private sector is one important aspect that deserves priority. Consultation is built-in now but for a regular consultation there is a need for a formal policy to establish official linkage engaging all border authorities for regular consultation and private sector as well. The NBR is in the process of establishing an advance ruling unit; an indicative guide will be prepared soon. Three more Appeal Commissionerates and the Bench of the Appeal Tribunal to reduce the backlog of the pending litigations with regard to the issue of appeal and clear the cases have been established. An Alternative Dispute Resolution (ADR) was in place in the Customs Act, 1969, and used to a significant degree. Now a significant success in this respect is visible.

Maintaining contact and coordination among the border agencies such as Plant Quarantine Wing, Bangladesh Standard and Testing Institution (BSTI), Fisheries Directorate Certificate (Quarantine Certificate), Chief Controller of Import and Export (CCI&E) of Ministry of Commerce) etc is very important. Edibility Certificate (SPS), BTRC permission, Drug Import Prior Permission, Pharmaceutical Raw Materials Block list permission, boiler registration, radiation certificate, permission from the Board of Investment, the Bangladesh Bank, city or municipal corporations etc are some of the very important requirements before release of goods. There is a serious need for coordination among these border authorities. Close contact through automation would be required to reduce time and other hassles to make border operation simple and instant.

There is a system as per present Customs Act (168) with regard to detention. This should be streamlined. The Import Policy Order might have some directives in this respect. But there is a need for coordination between NBR and MOC in this respect. There is a measure to maintain penalty discipline. Determination of penalty amounts in the individual cases lies within the discretion of the adjudicating officers; there are no formal policies, procedures, or guidelines requiring penalty amounts to be set commensurate with the degree and severity of the offence. NBR rules that reward customs officers who detect duty evasion with a 40 per cent share may constitute a conflict of interest in the assessment of duties, contrary to TFA obligation.

The Bangladesh Bank is working on e-payment. The system enables electronic payment of income tax, value added tax (VAT), and customs duties. Initially, a card-based payment provision was hosted through the e-payment portal, which enabled small-value income tax payment. However, large-value payment of VAT and customs duties has recently been tested in partnership with NBR, Sonali Bank, Citibank NA, and Standard Chartered Bank is still in the process. Some of the measures are in operation but need legal vetting to make it permanent, e.g., establishment of national trade facilitation committee. A separate and strong Secretariat can also be established for this purpose.

Bangladesh also needs to set a timeline to implement proposed reforms. There is a mention of short-term (less than two years), medium-term (two to five years) and long-term (more than five years). This could be based on a national commitment with a close discussion with the relevant organisation including NBR.

WTO website mentioned that so far 55 notifications have been received from developing country-members outlining their 'Category A' which are included in the Section I of the TFA that they intend to implement upon entry into force of the agreement. Among all these notification only one LDC country is Senegal and other countries are Botswana, Egypt, FYR Macedonia, Gabon, Jamaica, Macao (China), Montenegro, Nigeria and Pakistan. The WTO secretariat is now compiling the notifications.

From the above, it is clear that LDC countries are actively participating in the multilateral negotiations, but before getting fully integrated individual countries should very carefully assess the benefit they will derive. They need to assess their costs and assurance from the donor countries to accomplish their reform process and also see how much they would gain individually from the openness of trade regime.