Commentary on the BBIN MVA as Positive Development for Subregional Cooperation 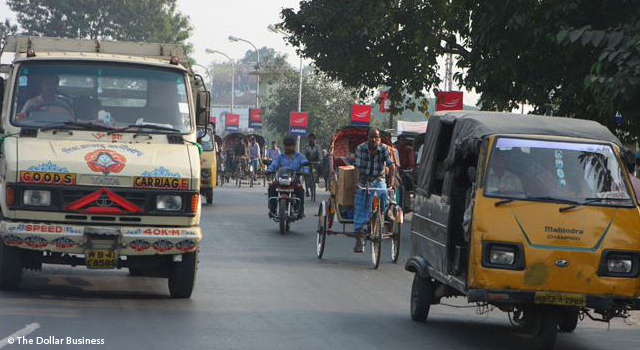 The Bangladesh, Bhutan, India, and Nepal (BBIN) Motor Vehicles Agreement (MVA) was finalized and endorsed on 15 June 2015 by the BBIN Transport Ministers in Thimphu, Bhutan. This landmark framework agreement aims to facilitate seamless flow of passenger, personal and cargo vehicular traffic between and among the BBIN countries. A commentary on the BBIN MVA is shared below:

Getting Close to an Integrated South Asia
Geethanjali Nataraj

Despite being one of the fastest growing regions, South Asia continues to remain the most disconnected region in the world. Membership of SAARC has not made a significant difference to the intraregional trade and connectivity in this region. Besides differences on the bilateral front, there are various structural, geographical, ethnic, political and historical factors which have resulted in lack of cooperation among SAARC countries. As a result, the subregional cooperation as envisaged in the SAARC Charter (Article VII) is on the rise. The idea of subregional cooperation goes as far back as 1996 when the idea of the South Asia Growth Quadrangle (SAGQ) was initiated. Since then, there have been several attempts to integrate transport and improve connectivity at the subregional level.

In recent years, one such sub-grouping which has gained importance is the Bangladesh-Bhutan-Nepal-India (BBIN).

To start with, the four countries have sealed a Motor Vehicle Agreement (MVA) for the “regulation of passenger, personal and cargo vehicular traffic” on June 15, 2015, in Bhutan with the aim to provide impetus to trade and other economic activities. The agreement has been endorsed by the Cabinets of the four countries. The ministry of road transport and highways notes that the “BBIN countries will be benefit through mutual cross-border movement of passengers and goods for overall economic development of the region. The people of the four countries will benefit through seamless movement of goods and passengers across borders.”

According to the joint statement, the BBIN MVA aims at regulation of passengers, personal and cargo vehicular movement between Bangladesh, Bhutan, India and Nepal, which was drafted on the lines of SAARC MVA. On the finalisation of BBIN MVA, land transport arrangements between and among the four countries will be initiated. The agreement seeks to facilitate easy cargo, vehicle and people movement across the borders and ensure traffic rights.

However, the draft stated that all the countries will require permits for the movement across the border based on the specific terms and conditions which will be fixed bilaterally, trilaterally or among the four countries. The agreement also stated that the admission of the non-regular vehicles will be granted temporary admission on a case-to-case basis for a period of up to 30 days and the permit for regular passenger transportation and cargo for multiple entries will be valid for one year and is renewable every year subject to a maximum of five years. This complementary instrument is expected to significantly reduce trade and transaction costs in this subregion and hence give a boost to the region’s trade.

The pact will promote safe, economical, efficient and technologically-sound road transportation in the region through the creation of an institutional mechanism. The agreement will also permit passengers and cargo movement in the four countries without the need to change vehicle at the border based on each country’s terms and conditions.

For instance, three routes for bus service have been identified between India and Nepal which can make the movement without any break at the border posts and changing vehicles.

The agreement also ensures financial independence as each party will bear its own costs arising from the implementation of this agreement and, in case of any implementation difficulties, BBIN MVA platform provides for a mechanism to resolve the issue based on the provisions in the agreement.

The transport ministers have prepared a six-month working plan from July to December 2015 for the implementation of BBIN MVA. Before the agreement gets rolled out, it will undergo three phases of preparation. The first will include the preparation of necessary protocols and bilateral, trilateral or quadrilateral agreement for implementation of the MVA. The second includes negotiations and approval of additional agreements and protocols by September this year. This will also require upgrading and installation of IT systems, regulatory systems and necessary infrastructure to be approved in the third phase by December 2015.

BBIN MVA is a positive development for the subregional grouping and India’s willingness to lead and persuade its ambitious goal for South Asian integration is the need of the hour. Seen as a major diplomatic victory for India, it is a serious effort put in by the group which may influence Pakistan to join the initiative, though it had opposed SAARC MVA in the SAARC Ministerial in Nepal in November 2014. The implementation of this agreement will not just guarantee accessibility to the member countries and their markets but also to the larger ASEAN market, thereby generating new economic opportunities, particularly in border areas. However, the BBIN countries would need to provide impetus to each other’s infrastructure development and extend support in terms of financial and technical knowhow to reap the benefits of economic integration objectified by the MVA.

The ministers of the four countries have laid out a sound draft of the agreement. However, it remains to be seen how effectively the MVA gets translated on the ground. Efficient and speedy implementation of all the modalities of the BBIN will help the region realise the full benefits of the agreement and strengthen regional cooperation.