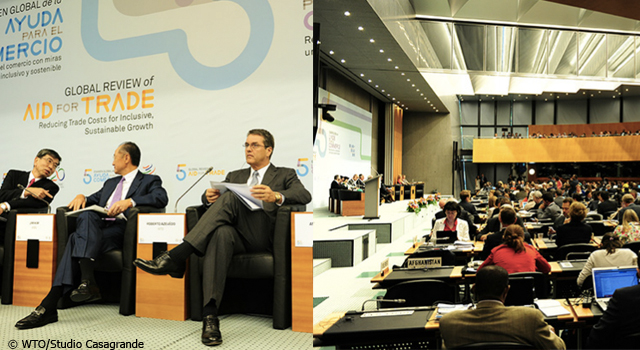 WTO and the Organisation for Economic Co-operation and Development also launched a joint report during the Fifth Global Review highlighting the importance in reducing trade costs, thus allowing developing countries and LDCs to benefit from market opportunities in the multilateral trading system. Cumbersome border procedures, poor infrastructure, lack of access to trade finance, and complex standards are some of the factors that price many countries out of international markets. The TFA creates an opportunity to reduce trade costs and enhance participation in global value chains.

More than 1,000 participants from around the world attended the Fifth Global Review, which lasted until 2 July 2015.