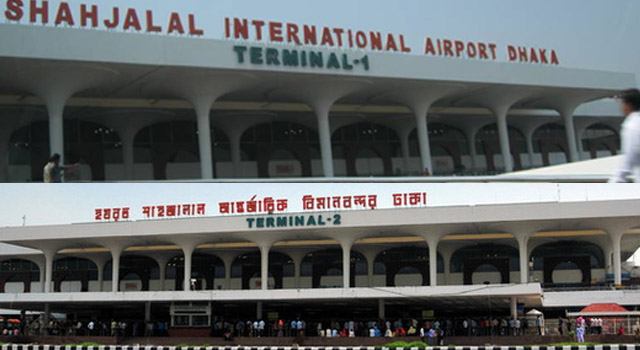 Prime Minister Sheikh Hasina gave the directive to go ahead with the construction of the third terminal of Hazrat Shahjalal International Airport (HSIA) to handle growing passenger capacity and strengthen connectivity in the international arena. PM Hasina views Bangladesh as an important hub – a bridge between East and West.

Yushin of Korea, CPG of Singapore, and DDC of Bangladesh are the consulting firms appointed to formulate a master plan for the construction of infrastructure necessary to meet growing passenger and cargo demand. The airport expansion will be completed in two phases.

The first phase will start in 2015 and reach completion in 2019, costing about Taka 10,700 crore (approximately US$1.375 billion). The second phase includes a proposal for the construction of other infrastructure, including a second runway with an approximate cost of Taka 2,300 crore (about US$295 million).

The Civil Aviation Authority recommends implementation of the first phase as soon as possible based on the feasibility study.