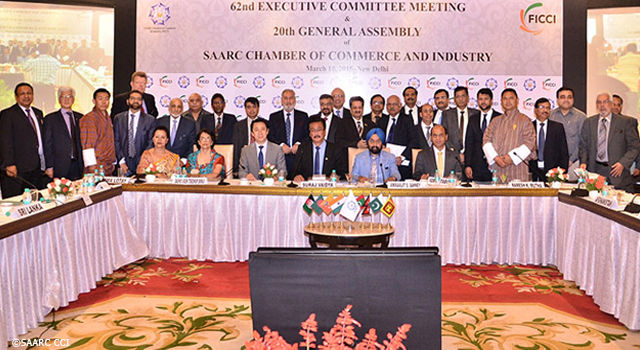 The South Asian Association for Regional Cooperation Chamber of Commerce and Industry (SAARC CCI) plans to form subregional blocs that will address common economic issues of its member countries to increase intra-regional trade.

Proposed under the SAARC CCI Action Plan for 2015, subregional groupings include an energy bloc focusing on energy and grid connectivity with Bangladesh, Bhutan, India, and Nepal as members; a western sub-regional bloc prioritizing railway and road transport connectivity including Afghanistan, India, and Pakistan; and a third bloc focusing on operationalizing sea routes for trading with India, the Maldives, and Sri Lanka as members. This work plan was tabled during a joint session of SAARC CCI's 62nd Executive Committee and 20th General Assembly in New Delhi, India on 10 March 2015.

This work plan was tabled during a joint session of SAARC CCI's 62nd Executive Committee and 20th General Assembly in New Delhi, India on 10 March 2015.

Speaking at the joint session, India's Union Minister Mr. V.K. Singh encouraged the private sector to push through with a concrete and progressive roadmap tapping the benefits of diverse sectors and resources of SAARC member states. According to him, the Indian government would assist the SAARC community to remove roadblocks to trade. He also emphasized that better exchange, cooperation, and building of joint ventures among SAARC countries would boost the region's development and help reduce poverty.

The next SAARC CCI meeting is on 29-30 April 2015 in Pakistan. It coincides with the SAARC Ministerial Meeting in Islamabad, Pakistan where the motor vehicle agreement ensuring free movement of vehicles within SAARC will be tabled. 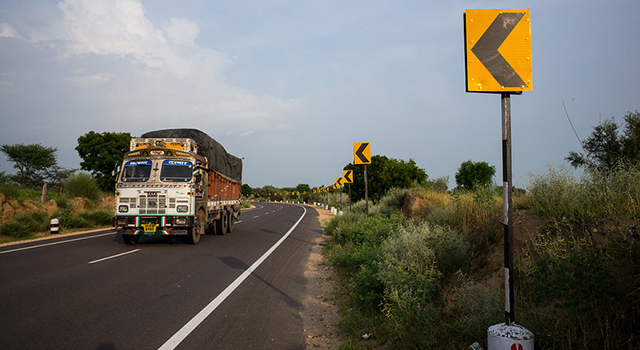 This commentary emphasizes the importance of connectivity in enabling trade. Amidst the coronavirus disease (COVID-19) pandemic, railways and... 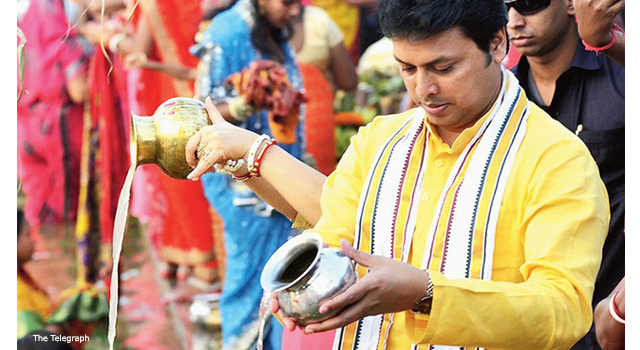 Vessels carrying goods by waterway between Tripura (India) and Daudkandi (Bangladesh) may soon be possible along the 93... 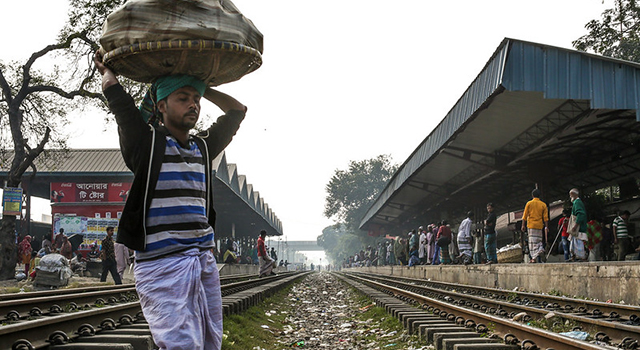 Bangladesh and India resumed trade of essential commodities through existing rail links. The first freight train was loaded with...