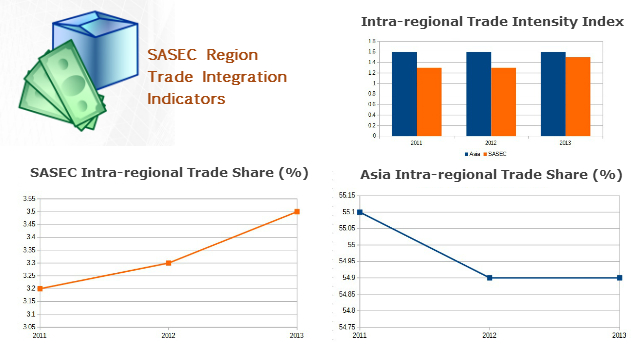 Meanwhile, India’s intra-regional trade is growing, appreciating by 29% among SASEC countries while its trade with the world decreased by 4.2%. Comparatively, trade within the region increased for Bangladesh, Maldives, Nepal, and Sri Lanka. There is also a notable 17% increase in Bangladesh’s trade with the world as the country opens up to new markets.