Plan of Action Adopted for LLDCs at Second UN Conference 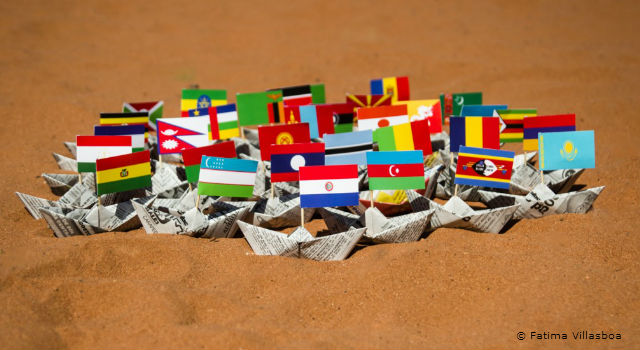 The Second United Nations Conference on Landlocked Countries on 3-5 November 2014 in Vienna adopted a Programme of Action for Landlocked Developing Countries (LLDCs), which includes trade and trade facilitation as one of its six priorities. It recognizes the importance of implementing the WTO Trade Facilitation Agreement (TFA), particularly provisions on technical assistance and capacity-building. Director-General Roberto Azevêdo reiterated that once implemented, the TFA would help LLDCs reduce high transaction costs and delays, hasten cross-border trade, increase market access, and improve competitiveness and integration into world markets.

Although the world’s 32 LLDCs have increased their export five-fold during 2003–2013, their share of global trade still remains at about 1%. LLDCs face challenges that limit their potential gains from trade such as lack of access to sea, which results in more expensive imports and export goods. They are also disadvantaged due to cumbersome transit procedures, inefficient logistics systems, and poor infrastructure that increase the cost of doing business.

In order to reverse this trend, it has become urgent to promote LLDC participation in regional and global value chains — a competitive private sector and vibrant small and medium enterprises play a role in generating efficiency, higher productivity, and increased income and earnings.

Official development assistance should also recognize that low-income landlocked countries need support for large-scale investments in roads and railways as well as development of trade capacity that promotes the domestic resource base. Finally, cooperation and collaboration between landlocked developing countries and transit countries can be strengthened through support of the international community.

In his speech to the second UN conference, DG Azevêdo noted that it is vital the Programme of Action send a strong message about the importance LLDCs attach to the TFA. He added, “The voices of the LLDC’s must be heard — and others should listen carefully to what you have to say.”