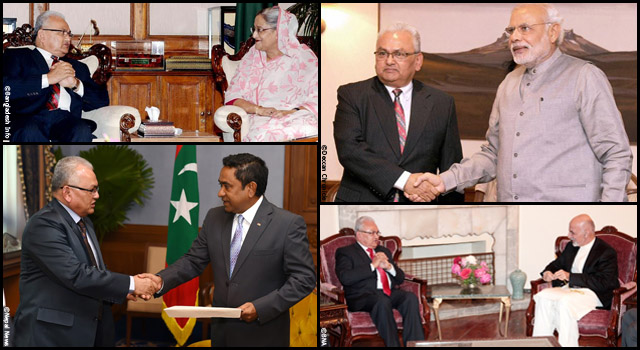 The Summit, scheduled to take place in Kathmandu, Nepal on 26-27 November 2014, has adopted the theme “Deeper Integration for Peace, Progress, and Prosperity” and will focus on strengthening connectivity and linkages among SAARC member countries, including energy cooperation, and air, rail, road, and water links. Minister Pandey has also said that Nepal is preparing to sign at least three agreements relating to connectivity during the Summit: the SAARC Railway Agreement; SAARC Motor Vehicle Agreement; and SAARC Framework Agreement on Energy Cooperation. Draft proposals for these agreements have been previously agreed by members.

This regional event will begin with a Programming Committee Meeting attended by joint secretaries on 22 November, followed by the Standing Committee Meeting to be attended by foreign secretaries on 23-24 November, and the SAARC Council of Ministers Meeting on 25 November. Inauguration of the 18th SAARC Summit will take place on 26 November, followed by the Summit declaration on 27 November.

This year's Summit follows the 17th SAARC Summit that took place in Addu City, the Maldives on 10-11 November, 2011.