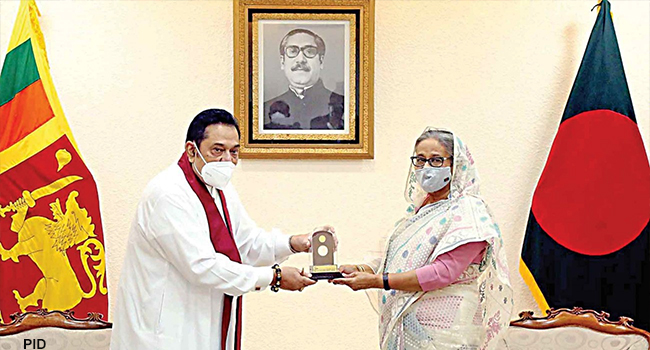 The Government of Bangladesh plans to begin negotiations with Sri Lanka to sign a preferential trade agreement (PTA) by July. Both countries aim to increase their bilateral trade volume.

A trade negotiation committee has been formed for the next steps, reported the Financial Express. On 16 June, it was reported that Sri Lanka’s Cabinet of Ministers also gave approval to commence discussions toward finalizing the PTA with Bangladesh.

In a March 2021 meeting, Sri Lanka Prime Minister Mahinda Rajapaksa and Bangladesh Prime Minister Sheikh Hasina underlined the need for greater bilateral trade. They agreed to work on a bilateral PTA beginning with a short list of products that could promote expanded trade.

Signing PTAs and free trade agreements will support Bangladesh in addressing the challenges of graduating from the least developed country category. Bangladesh signed its first PTA with Bhutan on 6 December 2020.

Sri Lanka’s proposed PTA with Bangladesh will be their third trade agreement with a country from South Asia. Trade agreements have helped enhance Sri Lanka’s bilateral trade with India and Pakistan.

Dhaka to start negotiations with Colombo to sign PTA