Commentary: Waterways Are Set to Be the New Highways of the Future 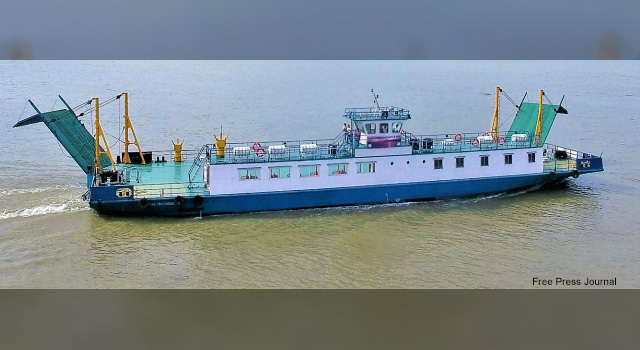 
Waterways Are Set to Be the New Highways of the Future

There have been discussions in the past decade—within the government and on various forums—comparing our efforts and successes with those of other countries. The People's Republic of China conducts 47% of its trade through waterways, while Europe conducts 40% and our neighbor Bangladesh conducts 35%. India carries out a minuscule 3.5% of its trade through waterways. India has navigable waterways that include rivers, backwaters, canals, creeks, estuaries, and related canal systems. With a thrust on infrastructure development for speedy economic growth, the government has been promoting integrated waterways as a preferred mode of transport. The Indian National Waterways Act 2016 aimed to redefine the transportation landscape of India.

The National Waterways Act mandates the central government to regulate waterways for the systematic and orderly development of shipping and navigation. India has nearly 15,000 kilometers of navigable waterways spread across the eastern, western, southern, and central regions of the country. These waterways can be used to move passengers and cargo within India and to neighboring countries. These will enhance supply chain management needed for India to become a global manufacturing hub under the Atmanirbhar Bharat Mission.

Transport by inland waterways is cost-effective, environment-friendly, and can work to supplement congested road and rail networks. The cost of developing waterways is much lower than the cost of developing railways or roads. Also, one liter of fuel moves 105 tonnes on inland water transport, thereby reducing carbon dioxide emission by 50%, as compared to that of trucks.

Given the availability of rich minerals and resources, the west coast districts are suitable for the development of the extractive industry. With the growth potential of these industries, there is a huge potential for the growth of coastal and inland waterways. Inland waterways are now the focus of the Maharashtra Maritime Board.

If we look at the gross domestic product (GDP) on the rate of return on a particular river or waterway, it helps to understand that moving passengers is just as important as moving cargo. When a road is created, we don't look at what type of traffic is moving on it. But on waterways, the focus is more on the size and type of cargo and not on passengers.

The Mumbai Port Trust is a prime example of moving cargo and passengers and sets a model for the rest of India. Mumbai has many projects in the pipeline to resolve its transportation issues.

New water transport projects that have been initiated include the Coastal Road Project, the Mumbai Trans Harbour Link, the Roll-on-Roll-off (RoRo) services for Alibaug, the Thane-Borivli creek connection, the Thane coastal road, and the Thane-Navi Mumbai intracity water services. All these projects are going to benefit industry and the city's infrastructural development in the long run.

The Coastal Road Project will not only solve present problems of commuting in Mumbai but will ensure that the city is "future-ready" for economic growth. We can see the advantage that infrastructure projects create for real estate development. There is no doubt waterway transport will have a similar positive impact.

The 22-kilometer bridge connecting Sewri in Mumbai and Nhava Sheva port in Navi-Mumbai will be a game changer. Connecting two twin cities will boost commercial as well as residential real estate.

Issues eclipsing the success of waterways across the country

In establishing robust waterway systems, the government faces challenges brought about by seasonal river flows, dry summers, low-height bridges obstructing traffic, and diverting river navigation without hurting irrigation and drinking water needs. Another main problem is that rivers need to be deep enough to be used for transport throughout the year. Many Indian rivers do not have that level of water. Riverbeds will need extensive dredging to make the rivers navigable. The government needs to find alternatives to make the project financially viable. These waterway linkages will redefine the infrastructure landscape of Mumbai as well as India. These will open broadways to enhance trade and commerce boosting India's GDP with a multiplier effect.