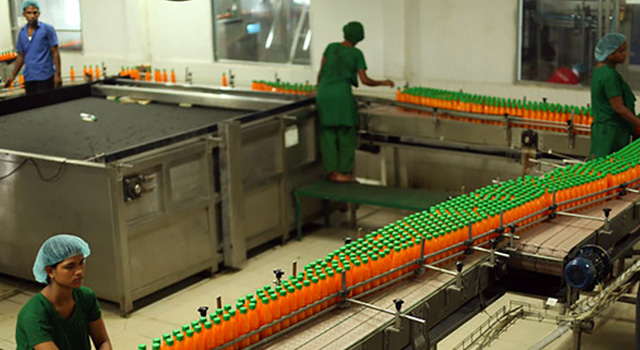 Economic corridor development is an effective policy that could promote sustainable growth in Bangladesh. It is a tool that enables the proliferation of industry, creates jobs, upgrades infrastructure, and links production centers with global value chains. It also helps create markets in lagging regions.

This commentary was adopted from ADB Briefs No. 104: Realizing the Potential of Bangladesh through Economic Corridor Development. It appears on the Development Asia website.

Having surpassed the lower-middle-income threshold in July 2015, Bangladesh seeks to build on the economic gains it has reaped over the past decades to achieve sustainable growth and attain upper-middle-income status. Exploiting the full potential of its various regions and finding new sources of growth will be critical for it to embark on and sustain a higher growth trajectory. Bangladesh needs to have a holistic development strategy such as economic corridor development to drive structural transformation and regionally balanced development.

Industrializing Regions that Lag Behind

The effects of economic development need to encompass the entire length and breadth of Bangladesh. Its southwest region, for example, lags behind the country’s other regions but has much potential for development. With adequate investment in infrastructure and human capital, and supportive policies and institutions, this region will not only catch up with the rest of the country but will also contribute significantly to the overall development of Bangladesh. To realize the potential of this region, an analytic work for the development of the Southwest Bangladesh Economic Corridor (SWBEC) was undertaken, as the first phase of Bangladesh Economic Corridor development.

This economic corridor can help diversify the export basket by facilitating participation in existing and prospective industries’ value chains. The success of ready-made garments now needs to be expanded to other industries. The economic corridor’s Comprehensive Development Plan recommends 14 major industries for promotion:

The economic corridor development will boost human capital, technological levels, infrastructure, and backward linkages. This will enable Bangladesh to diversify into higher-value products and retain its overall competitiveness in the current export market.

The comprehensive development plan highlights that with a well-coordinated implementation of the proposed corridor under the business-induced scenario, total output for the southwest region by 2050 is estimated to reach $148 billion. This is 3.3 times higher than the estimate under the business-as-usual scenario.

Employment in the region is seen to increase to 35 million by 2050, or three times the estimate under the business-as-usual scenario. Of this, around 25 million of additional employment is projected to be generated from corridor induced activities.

Economic corridors are viewed as major determinants of economic integration. This will not only improve transport gateways and connectivity within Bangladesh but will also enhance the country’s role as the land bridge between South Asia via India and Southeast Asia via Myanmar. The main transport trunk, with extensions to key gateways such as Mongla Port, Payra Port, and Benapole Land Port, will form a grid network that will drive development in the southwest section of Bangladesh and influence neighboring regions. Payra Port can serve as the regional gateway to Myanmar, while Mongla Port can serve as the gateway for the landlocked states of Bhutan and Nepal, and eastern states of India.

To realize such expansion, the development of industrial agglomeration needs to be supported by an integrated strategy to develop robust infrastructure, which will benefit not only the southwest region but also the entire country. The final objective is to have well-functioning industrial clusters supported by urban agglomerations with adequate social and physical infrastructure, which in turn will be connected to highly efficient trade gateways and markets by means of an efficient multimodal transport network.

Institutional framework is a must.

Developing economic corridors involves the execution of concrete strategies and action plans. Prioritizing and coordinating the implementation of the necessary physical, urban, and industrial infrastructure along the corridor require integrated industrial–urban agglomeration development. Aside from infrastructure development, the coordination of related development initiatives along an economic corridor becomes more difficult as more areas get involved, as there is a wide range of institutional factors to consider.

An institutional framework that will provide the vital coordination in planning, prioritizing, and developing corridor infrastructure projects among government ministries and agencies should be present to ensure optimum deployment of available resources and harmonization in project commissioning. A central corridor planning and development agency must be duly empowered and tasked with the overall development and management of the corridor and its industrial nodes.

Political will and private sector support are required.

The success or failure of an economic corridor development strategy is largely influenced by political will and participation of the private sector. A focused vision and sustained political will from leaders in both the public and private sector are keys to achieving the full benefits of the Southwest Bangladesh Economic Corridor.

It is important that the Government of Bangladesh demonstrate its commitment to undertake economic corridor development. This type of development needs to be identified as a development strategy in the government’s upcoming national development plans. This will ensure proper and timely implementation of planned and recommended programs and projects to improve the efficiency and productivity of the different sectors of the economy.