Commentary: Let’s Make It Easier for Countries to Trade 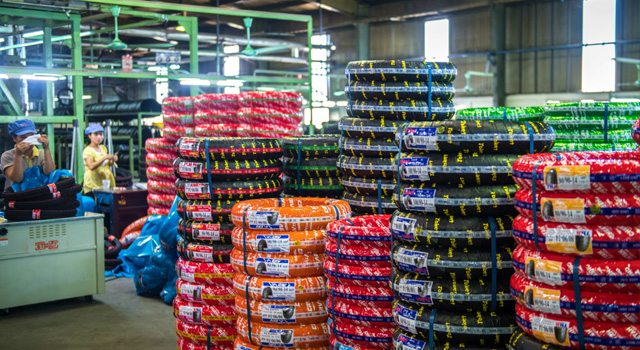 Trade is one of the engines of Asia’s economic growth. Amid these challenging times for trade, the Asian Development Bank (ADB) supports trade reforms in Asia and the Pacific. In South Asia, ADB is supporting the South Asia Subregional Economic Cooperation (SASEC) program to simplify trade documentation, promote automation in border agencies, develop a national single window platform, and develop trade-related infrastructure.

This commentary appeared on the Asian Development Blog.


Let’s Make It Easier for Countries to Trade

By Utsav Kumar and Ben Shepherd

These are challenging times for trade, which is one of the engines of Asia’s economic growth. But the entry into force of the World Trade Organization’s (WTO) Trade Facilitation Agreement, which was originally enacted in 2017, is helping governments and companies weather the storm.

Trade facilitation cuts red tape, reduces border delays and decreases uncertainty associated with shipment times. Here’s why we think we need to improve and support trade reforms around the region:

Prior to the ongoing trade war, average tariffs fell around the world—from about 11.2% in 1995 to 6.0% in 2016. Consequently, there is a need to address remaining barriers that are nontariff in nature. Research shows that logistics and connectivity are key aspects of trade and the WTO’s Trade Facilitation Agreement focuses specifically on these areas. It looks at administrative procedures at the border, involving customs as well as other agencies involved in the clearance of goods.

In our new research paper, we deploy a framework called the GE PPML to analyze the relationship between economy-level trade policies and bilateral trade flows. This approach, which is being applied for the first time on a study of the WTO’s Trade Facilitation Agreement, allows us to examine the indirect effects of trade reforms.

A common refrain heard by many of us working in this space is that trade facilitation is more likely to boost imports rather than exports and thus worsen the current account balance, and that the Trade Facilitation Agreement is more likely to benefit high-income economies. Our findings show otherwise.

Even so, a substantial proportion of the gains in trade from implementing the Trade Facilitation Agreement can also be enjoyed by economies acting unilaterally, without any reciprocity from their trading partners. This is also the case for overall welfare gains as measured by the real output, where the lion’s share of increase in real output comes from an economy’s own reforms.

In a scenario where all economies fully implement the Trade Facilitation Agreement, world trade could increase by $344 billion or 3.5% of the 2015 baseline with a corresponding change of 0.15% in global real output.

Surprisingly, we also found that by streamlining their import regimes, economies tend to benefit in terms of export as well. What is driving the results? As the Trade Facilitation Agreement is implemented, it brings down the price of imported goods relative to exported goods. As a result, there is an incentive for domestic production to shift from import-competing sectors to export sectors. Exports expand as a result.

Our results show that the gains from the Trade Facilitation Agreement are larger according to how much an individual economy reforms: bigger policy changes lead to bigger impacts.

We also found evidence that Trade Facilitation Agreement implementation could deepen value chains by promoting trade in intermediate relative to final goods. Results show that trade in final goods could increase by 5.2%, compared with 5.4% for intermediate goods.

Developing economies have much to gain from implementing the Trade Facilitation Agreement. The Agreement gives the signatory economies significant latitude in deciding which elements to adopt and on what time frame. From an economic standpoint, they should strive for as complete as possible an implementation plan over a reasonable time frame, in order to enjoy maximum benefits in terms of increased trade and real output.

ADB is doing its part to support the implementation of the Trade Facilitation Agreement. In South Asia, for example, trade facilitation is one of the core areas of support under the South Asia Subregional Economic Cooperation (SASEC) program. Work is being done to simplifying trade documentation, promote automation in border agencies, develop a national single window platform, develop trade-related infrastructure, and assist in a variety of other areas.

In a time of great trade uncertainty, the WTO’s Trade Facilitation Agreement can help economies chart a course through the storm.