Bangladesh in Talks with Bhutan, India, Myanmar, and Nepal for Electricity Trade 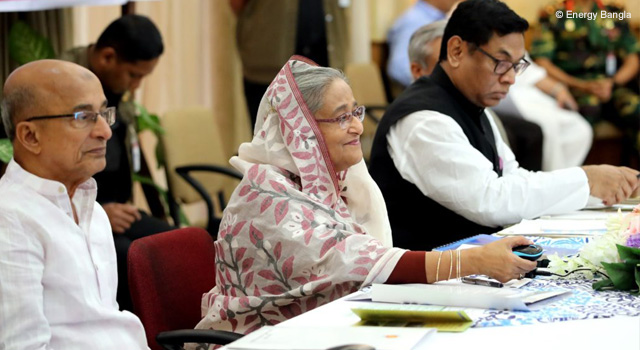 Bangladesh is in talks with Bhutan, India, Myanmar, and Nepal to import electricity to meet a growing energy demand. This was according to Bangladesh Prime Minister Sheikh Hasina, who was speaking via videoconferencing on 11 September 2019 at the inauguration of four power plants and eight substations in the country.

Bangladesh is in negotiations for investing in Bhutan and is considering investing in Nepal, according to Prime Minister Hasina. The country has already imported 600 megawatts (MW) of electricity from India.

Prime Minister Hasina said the government intends to bring power to the whole country. She also urged citizens to save electricity. She noted how Bangladesh provides electricity subsidies so consumers only pay half of the cost for electricity production and transmission.