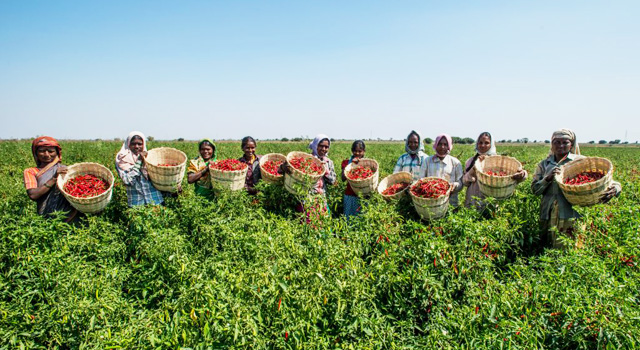 South Asia has been the fastest growing subregion in the world. Since 2014, its eight economies have been collectively growing by 7.0% annually. But in order to continue performing well in the coming years, the region will need reforms and investments. By promoting regional cooperation and integration, for example, South Asia can accelerate economic growth and boost employment.

How South Asia Can Continue as World’s Fastest Growing Subregion

Since 2014, South Asia has been the fastest growing subregion in the world, with its eight economies collectively boasting average annual growth of 7.0%. This is higher even than East Asia (6.2%), which includes the People’s Republic of China; Southeast Asia (4.9%); and the Pacific (4.7%). To carry on this impressive performance beyond the next couple of years, though, will require reforms and investments.

Strong growth in South Asia has been largely driven by the performance of Bangladesh and India, with growth averaging above 7% in the past five years. Domestic demand in terms of consumption and investment has been strong. Major reforms such as the introduction of a goods and service tax in India and measures to make it easier to do business across the subregion have helped promote private investment. In next two years, India is expected to continue to grow above 7%, while Bangladesh’s growth is around 8%.

Among the smaller economies of the subregion, economic performance has been more varied. Bhutan and Maldives grew by more than 6%, while Nepal, the second poorest nation in South Asia after Afghanistan, grew a little below 5% on average from 2014 to 2018 due to the earthquake in 2016. But buoyed by domestic demand and public infrastructure spending, these three countries are expected to grow at around 6.5% in the next two years.

Pakistan and Sri Lanka, meanwhile, have built up persistent and large current account deficits, as well as borrowing from overseas to finance infrastructure, in recent years. To meet its balance of payment needs, Sri Lanka entered an International Monetary Fund program in June 2016. Pakistan has followed suit. Subsequently, as they rein in domestic demand and continue to address macroeconomic imbalances, both countries are expected to grow below 4% in 2019 and 2020.

Afghanistan, as the poorest country in the region as well as in Asia, faces longstanding security and political uncertainties. Its economy depends on foreign aid and defense spending. It has barely topped 2% growth in the past five years. Yet, the Afghanistan government has put in place a self-reliance strategy, involving significant structural reforms, with the goal of achieving 7% growth by 2025.

Overall, there is good reason to believe South Asia’s impressive economic growth performance at around 7% will continue over the next couple of years.

First, except for Afghanistan, the political situation is largely stable, with most countries having completed peaceful political transitions to newly elected governments in the past year or so.

Second, governments in the region have adopted a grand development agenda and taken reform measures to achieve it. For example, Bhutan has approved a new five-year plan, while Bangladesh’s new government has promised a “highway to development.” Maldives is formulating a national development plan while Nepal is working hard to attract foreign direct investment.

Third, the global environment, while slowing in major economies, is still positive for developing countries. Major risks are trade tensions and a sharper-than-expected slowdown in major economies. Yet, a slowing global economy would keep oil prices low and global financial conditions accommodative. South Asia is a major importer of oil and relies on external financing for its investment needs. Lower oil prices will help check general price levels and improve the current account in South Asia, where most countries run current account deficits.

Fourth, the infrastructure building boom seen in the region in the past decade or so will bear fruit as it continues in the coming years, boosting the region’s productivity and competitiveness.

Fifth, South Asia’s economic growth is largely driven by domestic demand and less affected by global economic developments. Domestic demand is expected to remain strong due to the large development and investment needs. Maldives is an exception and relies on tourism. A fast-expanding middle class in the region will also support consumption.

Despite these encouraging prospects, South Asia must not be complacent. To sustain strong growth, the countries of the subregion need to continue to implement announced reform measures and launch a new wave of structural reform, particularly in land, labor, and capital markets. These are critical for removing barriers to private investment and economic diversification. Afghanistan will continue to be an outlier, with permanent peace a precondition for sustainable end inclusive economic development.

Trade and investment regimes should provide an incentive for the subregion to participate in global production networks. This is important for upgrading the region’s economies at a time when the global trading system is undergoing important changes. The subregion also needs to continue to invest in infrastructure, as there remains a huge shortfall. These moves will help unlock the huge potential of a subregion that can draw on a population of 1.8 billion—a quarter of the world—as well as vast natural resources.

The experiences of Pakistan and Sri Lanka confirm the importance of macroeconomic stability in sustaining economic growth. South Asian countries need to watch for macroeconomic imbalances and take preemptive actions. Current account deficits are desirable. Yet, a fast-rising deficit may indicate an economy is growing above its potential and needs to take precautions.

Moreover, as the least integrated subregion in the world, South Asia can benefit from a more integrated subregional market. Integration helps expand markets beyond national boundaries and promotes more efficient resource allocation across the subregion according to the comparative advantage of each. By enhancing productivity growth, regional cooperation and integration can accelerate economic growth and boost employment.

Continued annual growth of 7% will double the size of South Asian economies in 10 years. This will help significantly reduce the poor population of more than 200 million living below the international poverty line of $1.9 per day per capita, still unfortunately the largest in the world. To maintain such a growth rate and remain the fastest growing subregion in the world, South Asia cannot afford to rest on its laurels. It will prosper only if the subregion continues economic reforms, maintains macroeconomic stability, and fosters greater cooperation and integration among neighbors.