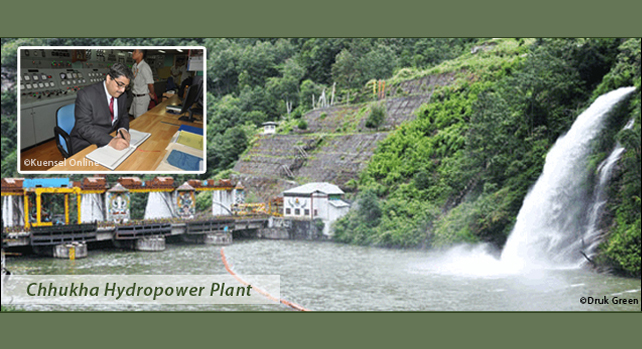 Calling the hydropower plant "an abiding symbol between India and Bhutan partnership," Ambassador Bambawale emphasized India-Bhutan relations, and talked about both country's readiness to provide assistance to each other, "in whatever way and within capacity."

Power trade between Bhutan and India is one of the many areas of cooperation between the two countries. Chhukha Hydropower Project was funded by the Government of India in 1973 and inaugurated in 1988 by then India President R. Venkataraman, in the presence of Bhutan King Jigme Singye Wangchuck. In 2008, the plant became an operational unit under control of Druk Green Corporation.