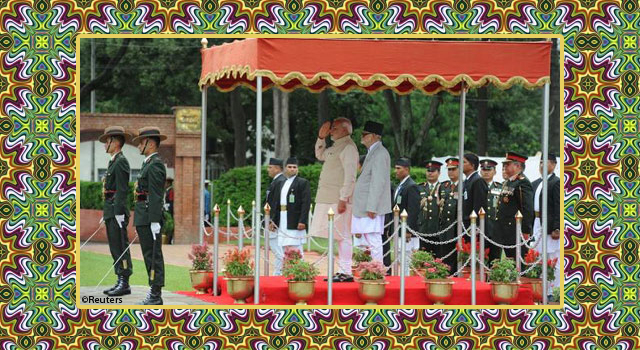 Prime Minister Modi and Prime Minister Koirala lauded the smooth relations between India and Nepal, including the re-activation of Nepal-India Joint Commission, and emphasized the need to further explore ways to enhance sub-regional cooperation in the areas of trade, transit, connectivity, and hydropower. They recommended convening regular meetings and directed officials to expedite the implementation of current and future projects to ensure timely decision-making in bilateral institutional mechanisms, and in the implementation of several bilateral economic cooperation projects.

At a speech delivered to the Parliament of Nepal, Modi announced India’s desire to help Nepal through “HIT”—High Ways, Information Technology, and Transmission lines—and offered an additional soft loan of US $1 billion for energy projects and infrastructure development. These power projects will tap Nepal's vast hydropower potential and mutually benefit the two countries by significantly lessening power shortages in Nepal, and providing India with a less costly source of energy. Concerned energy authorities from the Investment Board of Nepal and GMR Group of India were given 45 days to finalize negotiations on existing hydropower projects, as well as conclude the Nepal-India Power Trading Agreement. Modi emphasized that power trade with India could help Nepal reach its goal of becoming a developed country.

Transport projects were also discussed in the high-level meeting. Tangible outcomes include

Koirala expressed appreciation for Modi's work in strengthening India's relations with its neighboring countries, opening up meaningful opportunities for dialogue to further advance regional cooperation under the South Asian Association for Regional Cooperation (SAARC) framework. He also accepted an invitation to visit India. Modi will return to Nepal for the SAARC Summit in November this year.