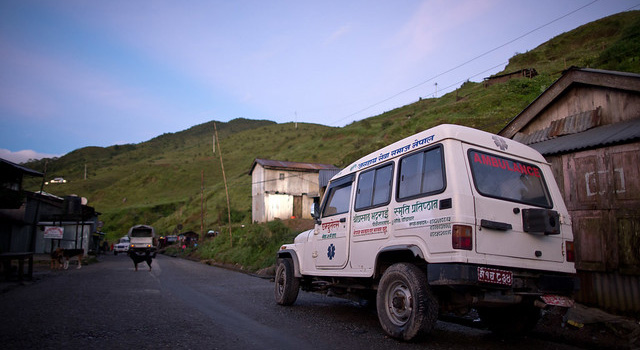 India could play a crucial role in interconnecting regional energy networks. In this commentary, Mr. Mahendra P. Lama outlines what India needs to approach energy security projects in India and its neighboring countries.

This commentary by Mr. Lama, co-author of Energising Connectivity between Northeast India and its Neighbours, first appeared on the Kathmandu Post.

These junctions could be further extended to connect with the other regions and subcontinents. India, as a core connecting geography, has the geostrategic advantage of integrating these four junctions, both as a transit country—say, for pipelines—and as a host for a regional power pool for electricity. The fact that India itself is a burgeoning energy market with a distinct policy slant towards green and renewables makes it doubly attractive.

What does it require for India to approach the entire energy security project in this four-junction perspective? What are the opportunities and risks involved? And, more significantly, how do these partner countries in the four junctions accept India as a point of central tendency? Is there any experimentation of this type in other regions?

Three fundamental issues arise in India’s management of these four junctions. Firstly, it is a question of the ambitious and long-term vision that India needs to redesign and practically include the newer vistas of energy flows in this integration dynamic. India’s own domestic requirement makes such a long-term vision imminent. The latest projection by the National Institution for Transforming India clearly shows that the demand for electricity itself will grow almost threefold, from 762 Terawatt-hour (TWh) in 2012 to 2239 TWh by 2030.

The highest increase will be in residential and industrial sectors. Coal, with a 52% share, will continue to be the dominant source in the primary energy mix followed by oil (29%) and gas (8%). India’s dependence on the import of fossil fuels will rise from 32% in 2012 to 45% in 2030. Its dependence on oil imports at over 80% will be the highest followed by over 59% import dependence on coal and almost 40% dependence on gas imports.

The four-junction energy exchange has the potential to transform this entire matrix of supply dynamics and the sources of the primary energy mix. This stands imminent in the context of building a range of newer infrastructure, including ports, economic corridors and roads and railway, around the Indian subcontinent. The decline in crude oil prices and substantive progress made in shale gas production, mainly in the United States, will further push India to the center stage.

For India, as the core market and transit country, there are several opportunities that vary from reconfiguring the neighborhood for new variety of regionalism to renegotiating the vistas of cooperation. There is also an opportunity to interlink various physical infrastructures laid in Central Asia, South Asia and Southeast Asia and in the immediate neighborhood of West Asia. This also amounts to effectively harnessing regional organizations in South, Central and Southeast Asia. Each junction has its peculiarity, and could trigger unprecedented gains. The cascading and spiraling impact of this junction approach on energy exchanges, regional investment, trade, and people-to-people contacts could in fact decimate national prejudices that have so far hampered regionalism.

The western junction for instance, could provide India a pivotal role in three areas. Firstly, realizing the much-discussed yet delayed gas pipelines, such as the Turkmenistan-Afghanistan-Pakistan-India and the Iran-Pakistan-India pipelines. Moreover, these pipelines could be extended to other neighboring countries, including Sri Lanka, Bangladesh, Nepal, Bhutan and PRC.

The developments related to the Afghan-India Friendship Dam, formerly Salma Dam; Gwadar Port in Pakistan; and Chahbahar Port in Iran could, in fact, facilitate the energy exchange routes as these will make interactions among the partner countries more attractive and durable. Chahbahar port does not only carry strategic intent as a response to Iran’s support for PRC’s Belt and Road Initiative. Rather, this port provides another trade and transit route—complementing and not competing—to Afghanistan other than via Pakistan. It physically connects Afghanistan and Iran and Central Asia via a sea route.

Another area for cooperation would be bringing electricity from the World Bank’s Central Asia South Asia Electricity Transmission and Trade Project to India. And thirdly, India could extend the market for energy produced in various projects under the PRC-Pakistan Economic Corridor. As against the peak demand deficits of almost 5,000 megawatts (MW) with outages of many hours in the rural areas, these projects are likely to generate more than the projected power demand of Pakistan, of 45,000 MW in 2030, as against the current installed capacity of 22,500 MW.

These subregional developments could reduce cutthroat competition and costly and obstructionist diplomatic maneuvering in energy development and access in Myanmar, Nepal and Central Asian countries. This could also allow offloading of surplus capacities in some countries to their surrounding area on a seasonal and daily basis.

Since 2011, PRC has emerged as the largest consumer of electricity. By 2020, electricity demand in PRC is likely to go up to 7,496 TWh, wherein 7% will come from nuclear; 4% from renewable; 15% from hydro and the remaining 71% from coal. Nepal has held the well-known and widely repeated apprehension that its hydropower development will only have one buyer—India—effectively a monopsony.

If energy produced in Nepal could be exported to the power hungry southwestern provinces of PRC, and towards the south to Sri Lanka, and the east to Myanmar through an interconnection, Nepal’s lost opportunities could be transformed into huge national gains. In fact these projects could trigger a number of national grid to national grid interconnections not only between India and Nepal but also between India and other neighboring countries, such as Pakistan, Sri Lanka and Myanmar.

A number of studies are already in place on the mechanism and technical details of transmitting power to Sri Lanka and Pakistan, including one done by South Asian Regional Energy Initiative under the United States Agency for International Development. These include a 44-kilometer multimodal land bridge-based transmission between Dhanushkodi (southeast of Tamil Nadu) and Thalaimannar (northwest Sri Lanka) and interconnections between Dinanath (Lahore) and Patti (Indian Punjab). An example has already been set by the first bilateral grid interconnection between Bheramara in Bangladesh and Behrampur in West Bengal.

Under this junction framework, there are possibilities that a large number of international energy companies would participate in various types of energy production. There will be ample opportunities for the Indian companies such as Reliance, Adani and public sector outfits to invest in the neighborhood. Some of its own regional surpluses could get better pricing. At the same time, there are several risks in first envisaging this grand vision, making them acceptable to the partner countries and translating them into action. The foreseeable risks could vary from nonacceptance of India’s proposition by the partner countries; capital deficiency; transborder politico-security management; institutional and market failures in the demand centers, and the management and natural resource risks in the supplying countries.