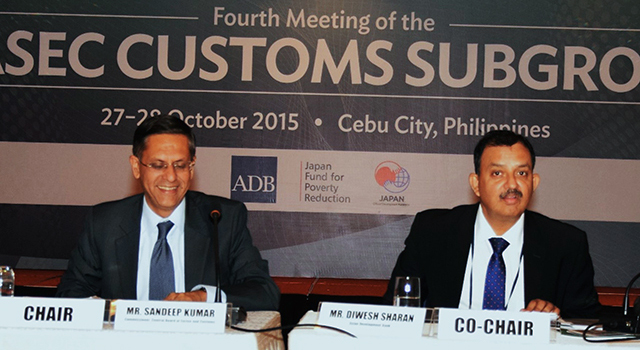 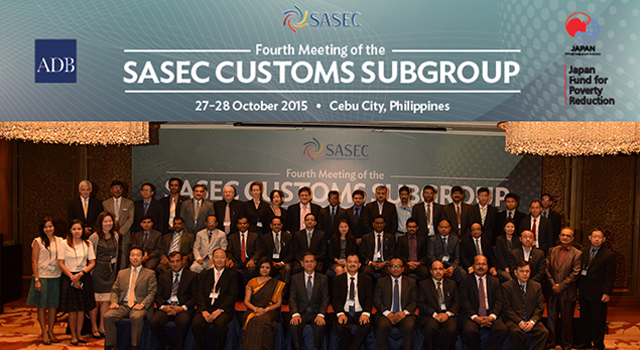 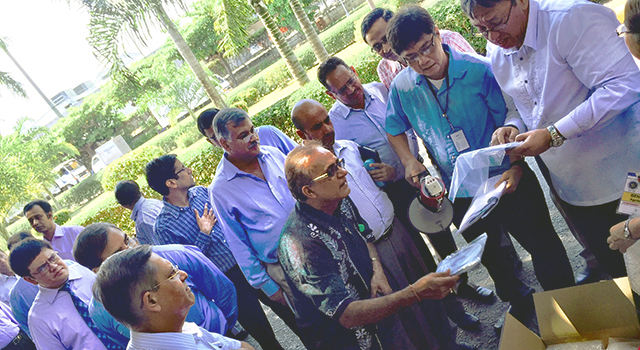 The SASEC Customs Subgroup (SCS) held its fourth meeting in Cebu, Philippines on 28 October 2015 to review the implementation status of subregional and national projects in the SCS Work Plan 2014-2016, and discuss subregional capacity building activities under the six priority areas endorsed by the second SCS Meeting. This fourth meeting noted considerable progress made since the third SCS meeting held in Goa in March 2015, including:

Learning Event on Customs Operations in Special Economic Zones
A Learning Event on Customs Operations in Special Economic Zones (SEZs)—which is becoming a key element of economic corridor development strategy for the SASEC subregion—was held on 27 October 2015 at the Philippine Economic Zone Authority (PEZA) office at the Mactan Economic Zone (MEZ), located in Lapu Lapu City, Cebu. High-level officials of the Philippine Bureau of Customs (BoC), PEZA, MEZ and private sector locators in the MEZ delivered presentations which focused on the close cooperation between BoC and PEZA authorities in facilitating Customs operations at the MEZ. A live demonstration of the Customs IT system used at the MEZ was also given.

The Fourth SCS Meeting and Learning Event were financed by ADB, under the ADB-administered regional technical assistance from the Japan Fund for Poverty Reduction. It was organized by the SASEC Secretariat and supported by ADB staff and the World Customs Organization.