Meeting between India, Myanmar, and Thailand on the Motor Vehicle Agreement 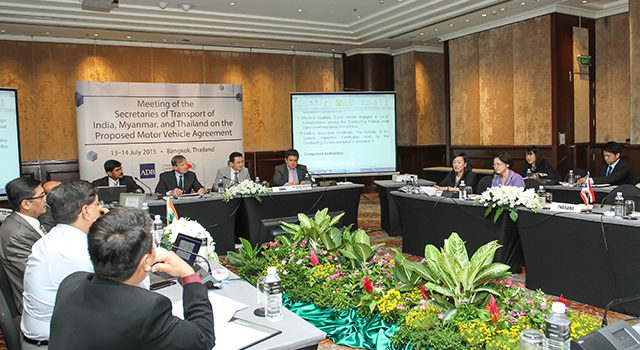 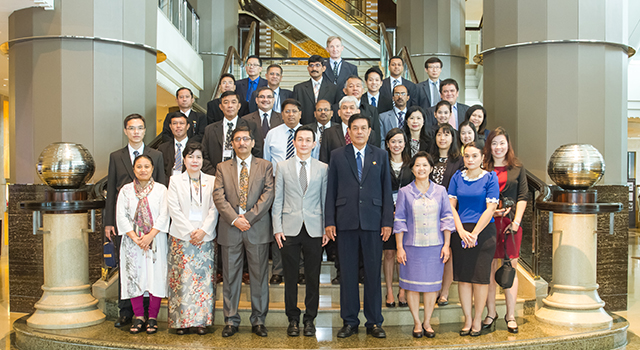 The Meeting of Transport Secretaries of India, Myanmar and Thailand (IMT) on Cross-Border Transport Facilitation was held on 14 July 2015 in Bangkok, Thailand to prepare the implementing protocols for inclusion in the final draft of the IMT Motor Vehicles Agreement (MVA). This was preceded by a Customs Sub-group Meeting on 13 July 2015, which focused on Customs-related protocols of the IMT MVA.

The IMT MVA will allow passenger, personal and cargo vehicles to cross international borders and travel along designated key trade routes in the participating countries, reducing costly and time-consuming transshipment of people, vehicle and goods at border crossings, and making cross-border trade more efficient. The IMT MVA will be the first-ever cross-border transport facilitation agreement between the countries of South Asia and Southeast Asia. This Meeting is in follow-up to a meeting held in Bengaluru, India on 2-3 June 2015, also coordinated by ADB, which finalized the draft of the IMT MVA.