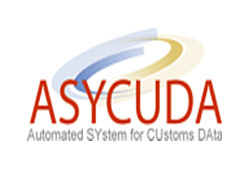 A technical workshop on exploring the possible application of ASYCUDA World was organized in Kathmandu, Nepal on 4-7 March 2014 by the Department of Customs (DoC) of Nepal, with support from the Asian Development Bank (ADB) and the United Nations Conference on Trade and Development (UNCTAD). The objective of the workshop was to improve understanding of the ASYCUDA World application in general, and more specifically the technical issues involved in possible adoption of this system.

The workshop consensus was in favor of recommending the ASYCUDA World system given its well-controlled migration process; cost-efficiency; ability to build on existing application skills and capacity; supportive architecture to build an interface with the Nepal National Single Window and other sub-systems to be developed under Nepal’s e-Customs Master Plan; and technical support of UNCTAD.

Presentations were made by DoC, Nepal, as well as by technical experts from UNCTAD, specializing in development and implementation of the ASYCUDA systems. The workshop devoted equal time to (i) general overviews of both existing Nepal Customs automation processes and the ASYCUDA World application, and (ii) technical issues related to possible implementation of ASYCUDA World systems in the Nepal context.