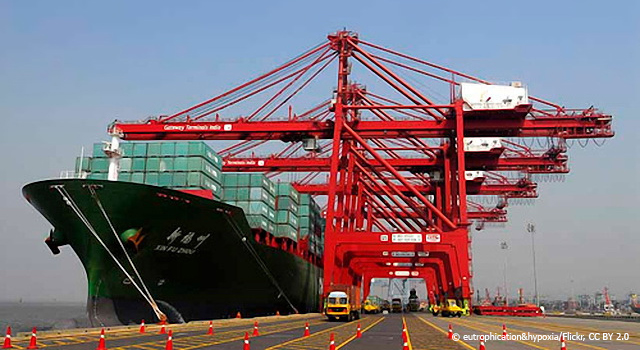 The Government of India has established a National Committee on Trade Facilitation (NCTF), in line with a provision contained in the World Trade Organization's (WTO) Trade Facilitation Agreement (TFA) to "establish and/or maintain a national committee on trade facilitation to facilitate domestic coordination and implementation of the WTO TFA."

India's NCTF will be chaired by the Cabinet Secretary, while its Secretariat will be housed within the Central Board of Excise and Customs (CBEC). Functions of the NCTF include

Member, Customs, CBEC will chair a steering committee to identify the nature of required legislative changes, and lead assessment determining India's level of compliance to the TFA. It will also be responsible for forming and monitoring operation of an ad hoc working group of experts dealing with specific trade facilitation concerns.

The WTO TFA contains provisions for expediting the movement, release and clearance of goods, including goods in transit. It also sets out measures for effective cooperation between Customs and other appropriate authorities on trade facilitation and Customs compliance issues – objectives in line with India’s “Ease of Doing Business” initiative.

The Government of India ratified the WTO TFA, submitting its instrument of acceptance, on 22 April 2016.

Photo by eutrophication&hypoxia/Flickr, CC BY 2.0