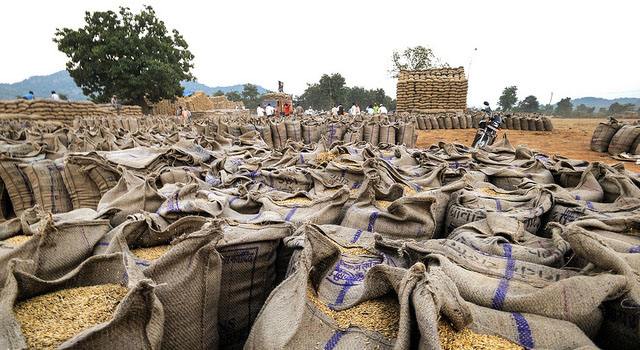 The agreement announced by the United States of America and India makes the World Trade Organization (WTO) impasse likely to end and opens the way for implementation of the trade facilitation agreement (TFA). Indian Commerce and Industry Minister Nirmala Sitharaman issued a statement that they were extremely happy India and the USA successfully resolved their differences. This breakthrough was echoed in a separate statement by US Trade Representative Michael Froman as they now look forward to working with WTO members and Director General Roberto Azevêdo in reaching a consensus that enables full implementation of the Bali Package.

Back in July, India did not approve adoption of the Protocol of Amendment that would allow TFA to be integrated into WTO’s legal framework due to lack of a permanent solution to farm subsidies. India pursued its right to subsidize grains under its national policy to provide food security, while the United States and other WTO members were concerned that food exporters might be disadvantaged by the possibility of surplus Indian grain flooding the world market. India buys rice and wheat from farmers in huge quantities and at above-market prices which put the country at risk of violating WTO rules on subsidies. India is one of the largest grain exporters and its low production cost and procurement system can influence world prices.

This new US-India agreement clarifies and makes open-ended the “peace clause” that was agreed during the Bali Ministerial in December 2013. The new deal clarifies ambiguities regarding India’s food stockpiles. WTO members agreed not to challenge India and other developing countries on WTO rules on stockpiling until 2017—and even beyond if no solution has been reached by then. India is set to move its proposal on food security before the WTO’s General Council meeting scheduled for early December 2014.

This agreement clarifies India’s position and gives an extended time period for India to negotiate a final deal at the WTO on food security, while allowing TFA to move forward. This is a positive move which, according to Froman, “gives new momentum to multilateral efforts at the WTO”. It could also reduce trade costs by 10% in developing countries and 14% in developed nations.